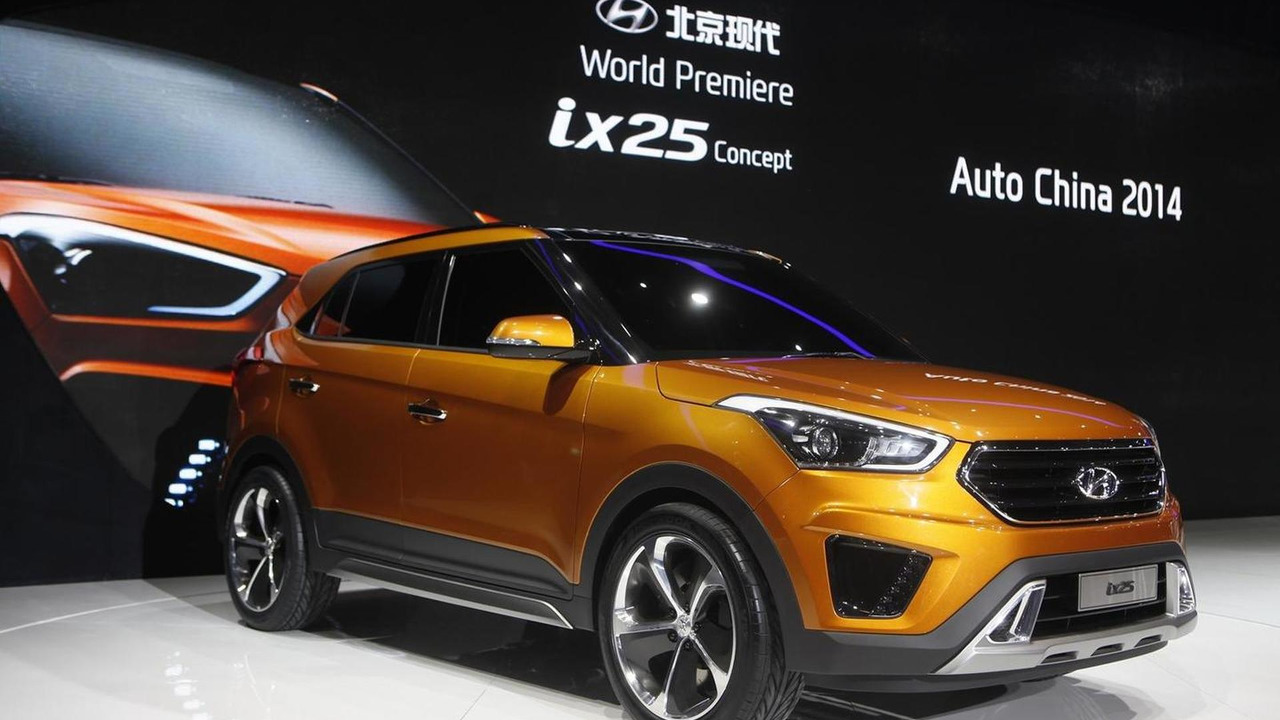 Hyundai has officially unveiled a near-production ix25 concept at the Beijing Motor Show in China.

Hyundai has officially unveiled a near-production ix25 concept at the Beijing Motor Show in China.

The Koreans are getting ready to introduce a new compact crossover using the Fluidic Sculpture 2.0 design philosophy and it will be commercialized only in China. The "sophisticated small-sized SUV" is 4270mm long, 1780mm wide and 1630mm tall and has a 2590mm wheelbase. It looks a bit more aggressive than other current Hyundai designs but the overall appearance stays true to the company's recent crossover offerings.

Powered by a four-cylinder, 2.0-liter Nu engine, the Hyundai ix25 production version will be launched exclusively in China in the second half of the year.

Additional live photos can be found at the source link below.