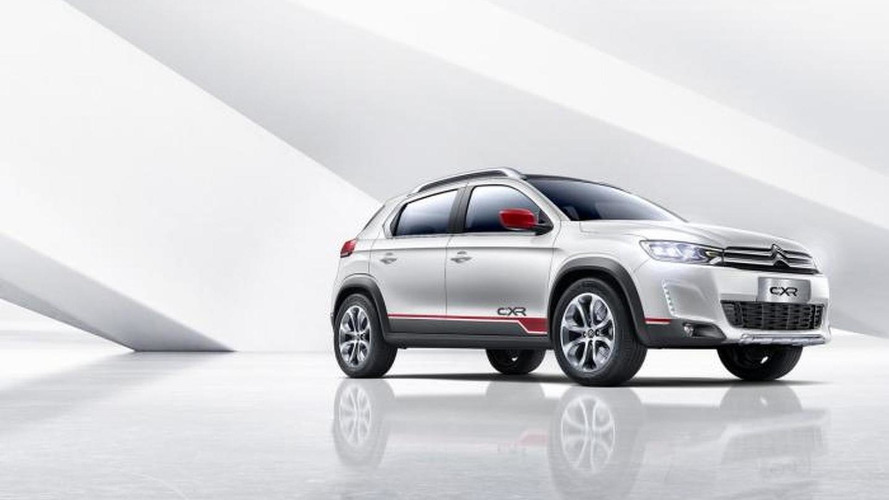 Citroen has taken the wraps off a new concept called C-XR currently being showcased in China at the Beijing Motor Show.

Citroën has taken the wraps off a new concept called C-XR currently being showcased in China at the Beijing Motor Show.

It turns out those mysterious sketches published almost two weeks ago were depicting a C-XR concept which could indicate Citroën is getting ready to launch its own version of the Peugeot 2008. The concept was developed by the Citroën & Dongfeng Motor Group and will be introduced in the near future in China.

Although billed as a concept, the C-XR looks a lot like a production version and will probably receive only minor changes before heading to the assembly line. It's being described as an "assertive SUV" featuring a wide chromed front grille along with LED daytime running lights while at the back there are 3D-effect taillights and dual chrome exhaust pipes.

It sits on 17-inch alloy wheels shod in all-season tires hosted within the muscular wheel arches which benefit from grey cladding to provide a rugged appearance. Thanks to a 2.65-meter wheelbase, Citroën mentions it's the longest in this segment and offers a lot of room, especially for those sitting on the rear seats.

Power comes from a THP 160 gasoline engine featuring stop/start system coupled to the firm's latest automatic transmission sending output only to the front axle. To compensate the lack of an all-wheel drive arrangement, Citroën installed the Grip Control system which is also found in the recently introduced DS 6WR.

A production version of the C-XR concept will likely be shown before the end of the year or in 2015.