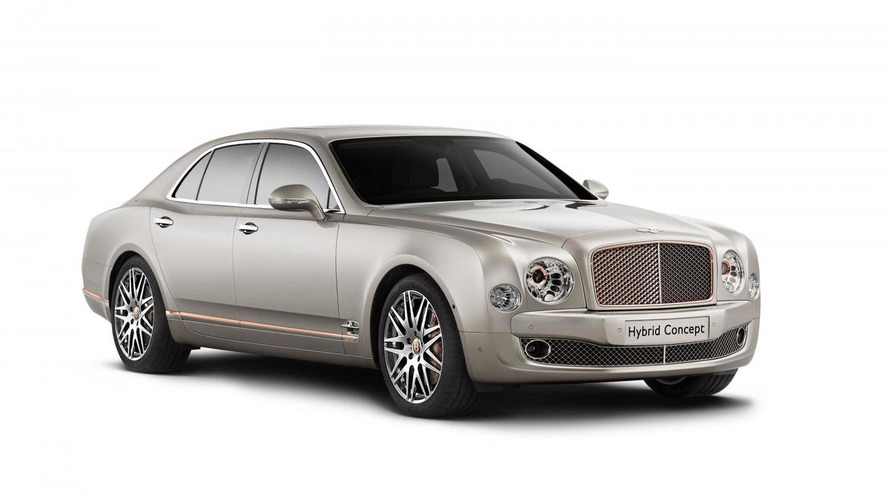 Bentley is providing a preview of its greener lineup with the Hybrid Concept currently being showcased at the 2014 Beijing Motor Show.

Bentley is providing a preview of its greener lineup with the Hybrid Concept currently being showcased at the 2014 Beijing Motor Show.

The concept is based on the Mulsanne and the newly developed plug-in hybrid system promises to increase output by 25 percent while at the same time shaving off CO2 emissions by 70 percent. In addition, the concept can run on electric power for a minimum of 50 km (31 miles) without emitting any CO2.

It can be visually distinguished by its several copper touches on the profile lines, headlamps, radiator shell bezel, badges and brake calipers, while on the inside the theme has been carried over onto the switch bezels, instruments and veneer fascias. Rounding off the list of changes is the copper cross-stitching which applied on the Mulliner Driving Specification upholstery.

Bentley has announced the plug-in hybrid system will be seen for the first time on the company's SUV programmed to come out in 2016 with conventional power while a year later the hybridized version will be introduced. Bentley's plans are to offer a plug-in hybrid setup to more than 90 percent of their cars by 2020.