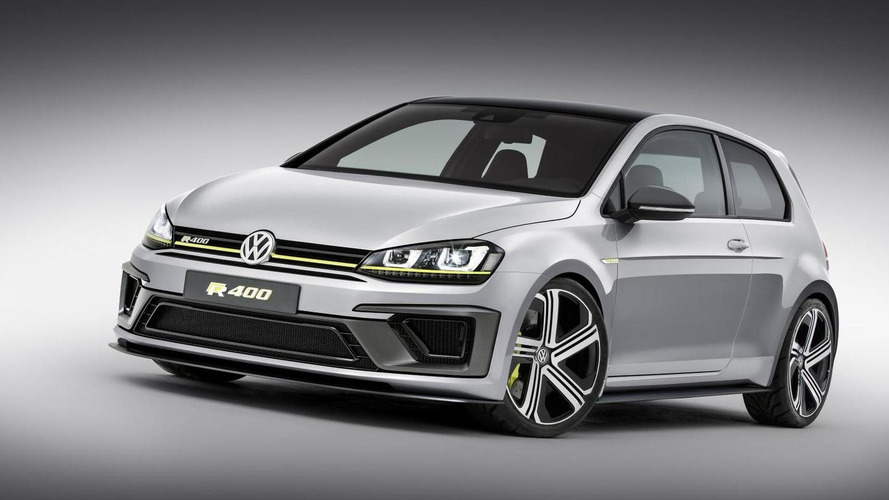 The concept is based on the Golf VII R and carries over the four-cylinder, 2.0-liter turbocharged gasoline engine but has received a modified turbocharger that has a higher maximum charge pressure along with a reinforced crankcase. Thanks to these changes, output was increased by 100 PS (73 kW) and 70 Nm (51 lb-ft) to no less than 400 PS (294 kW) and 450 Nm (332 lb-ft).

Tipping the scales at 1,420 kg (3,130 lbs), it weighs the same as the regular R but the body is 20mm wider on both sides as a result of the new flared wheel arches paying tribute to the 1998 Rallye Golf G60. Inside those wheel arches are 19-inch alloys shod in 235/35 R19 tires while on the front there's a carbon fiber splitter. Moving at the back there are dual 110mm centrally-positioned exhaust pipes inspired by those fitted onto the 2002 Golf R32.

For the interior Volkswagen has prepared motorsport shell seats featuring built-in head restraints and belt openings while the four individual seat have been wrapped around in cross-quilted Alcantara & carbon leather with Lemon Yellow contrasting stitching.

Volkswagen says the Golf R 400 is only a concept at this point and for the moment there aren’t any plans for production series.