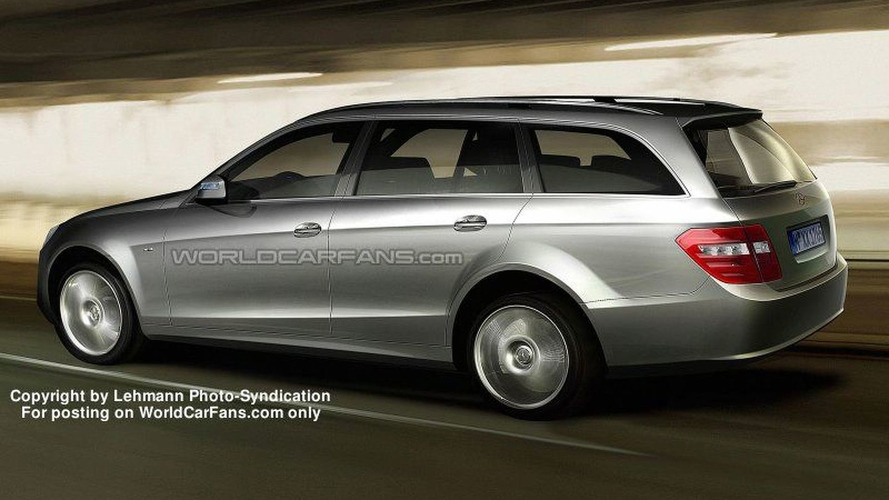 The new E-Class, code named W 212, is scheduled for release in mid 2009. Initially just the sedan will be launched with the station wagon following another year later.

DaimlerChrysler is developing the successor to the current E-Class model, which has been on the market since autumn 2003. The new E-Class, code named W 212, is scheduled for release in mid 2009. Initially just the sedan will be launched with the station wagon following another year later. The photos are showing various prototypes of the new E-Class sedan during tests in the snow in Northern Scandinavia. The disguise on the test cars is still hiding details of the new styling which will resemble the C-Class just launched a couple of weeks ago in Geneva. However, distinctly visible despite the disguise: the "four eyes" face of the new car. After considerable quality problems with the current E-Class, the car maker is now striving hard to increase the quality standard of the new model to its highest possible level. The next E-Class will offer a wide selection of petrol engines ranging from a 4 cylinder 184 HP to an 8 cylinder with 544 HP and the diesel's ranging from 4 cylinder 136 HP to an 8 cyl. 354 HP. However, customers will have to wait for a full hybrid version another couple of years, it will not come on the market before 2010. The photos are showing prototypes of the E Class and two computer renderings suggesting how the new E-Class sedan and wagon will look like upon their release.