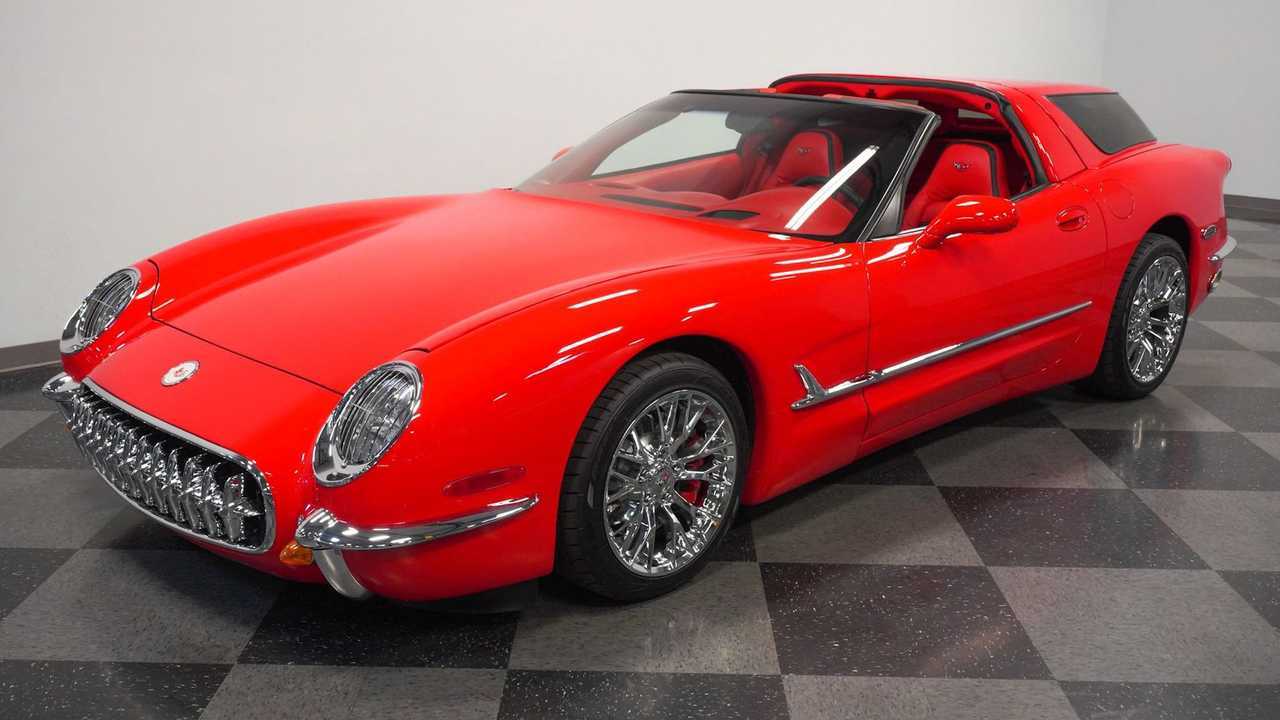 Performance and practically wrapped in a rare package.

The 2020 Chevy Corvette C8 flipped the script for the iconic sports car, finally giving it a mid-engine layout. But tweaking the design into something different isn’t new. Back in 1954, Chevy rolled out the Corvette Nomad concept, a wagon based on the Corvette’s original design. It never entered production, but in 2004, Advance Automotive Technologies created such a model, turning the C6 Corvette into a practical wagon, and one is now for sale.

The listing on Streetside Classics says that the red-on-red Corvette is believed to be one of six AAT Nomads and one of two with a red exterior. Such a rarity doesn’t come cheap, though. The listing has an asking price of $129,995, which is $16,000 more expensive than the most expensive 2020 Corvette model currently available. The extra cash accounts for the extensively redesigned bodywork AAT had to do to give the curvy C6 some straighter lines.

The front features a completely new look with the rounded chrome grille, round headlights with metal screens, orange turn signal markers, and vintage chrome bumper trim. The shiny look continues down the side with more chrome accents. The rear is even more radical than the front with its pointy rocket-like taillights and the cascading rear fascia, which features vertical chrome trim and chrome bumper guards.

Fake Velocity Stacks For The C8 Corvette Are Apparently A Thing

Inside, the Corvette Nomad is tamer, retaining much of the stock car’s appearance. It’s bright red like the exterior, though it brings the creature comforts such as dual-zone climate control, heated seats, a Bose sound system, and a head-up display. The differences for the tweaked C6 lie behind the driver, where there’s now a spacious cargo area that’s accessible from the passenger compartment. Power comes from a 350-horsepower (260-kilowatt) 5.7-liter LS1 V8 that routes power to the rear wheels through a six-speed manual gearbox. It was 11,000 miles on the odometer.