It's only a concept though.

Following two teasers, Toyota has fully unveiled the TRD Sport Trailer which was supposed to debut at this year’s SEMA show that was canceled due to the coronavirus pandemic and transformed into a virtual event. The Japanese manufacturer describes its creation as “a creative basecamp solution concept vehicle,” which probably means it’ll remain only a concept and won’t be available to customers. What a shame!

Nevertheless, the camper trailer is an amazing build with a foldable tent being one of its main features. The Yakima four-person tent comes with an awning and fly fishing-pole holders, and there’s also a custom-built toilet and trash can, a shower with curtain, a generator, a 16-gallon freshwater reservoir tank, a 15-gallon grey water holding tank, a refrigerator, a hot water heater, and a slide-out sink and stove.

Despite the trailer’s many built-in goodies, off-road tires, and a rugged suspension, the smart construction helps keep the center of gravity relatively low. When fully deployed, Toyota says, the trailer creates a campsite with ample room and nearly everything one can ask for during an escape in nature.

“Overlanding has been picking up steam for quite some time, but 2020 just put it over the top,” Ed Laukes, Toyota marketing VP, comments. “Given Toyota’s solid off-road credentials and reputation, we thought it would be really cool to create the ultimate overlanding companion to our pickup and SUV lineup.”

Toyota Teases TRD Sport Trailer That's Made From A Tacoma

The TRD Sport Trailer rides on TRD Pro wheels fitted with General Grabber X3 285/70/17 rubber. Several companies helped Toyota with the build, including Cripwerx Engineering and KC’s Paint Shop with the latter responsible for the overall finish of the trailer. 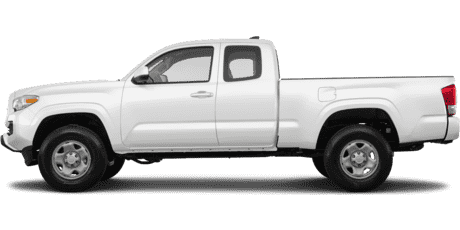