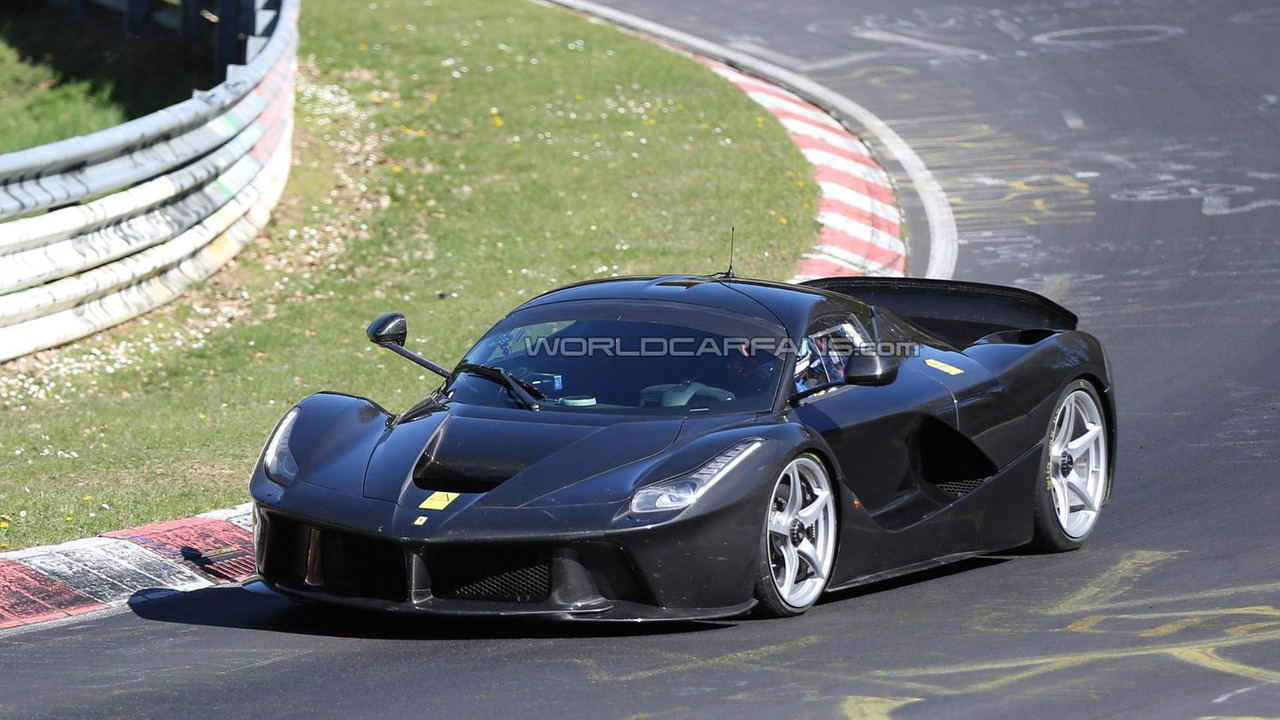 A test mule of the track-only LaFerrari XX was spotted on the Nürburgring for the first time.

A test mule of the track-only LaFerrari XX was spotted on the Nürburgring for the first time.

A couple of days ago we heard Ferrari's head of Sporting Activity Department confirming plans for a track-focused variant of the LaFerrari and now a test mule of the car in question has been spied on the 'Ring. Slated to be unveiled in January or February 2015 as a very limited edition model, the LaFerrari XX’s engine will provide a very loud soundtrack according to our spy photographers who also said it was the fastest car they saw in recent years.

The test mule spotted featured an unpainted carbon fiber body and most likely had plastic windows to shave off excess weight. Although not visible on this car, the LaFerrari XX will most definitely come with a few aerodynamic bits and pieces which should make it even faster around the corners.

How fast? We heard the LaFerrari XX has posted an unofficial Nürburgring lap time of 6 minutes and 30 seconds, making it a lot quicker than the current record holder, the Radical SR8LM which lapped the track in 6 minutes and 48 seconds back in 2009.

A video can be found at the source link below.