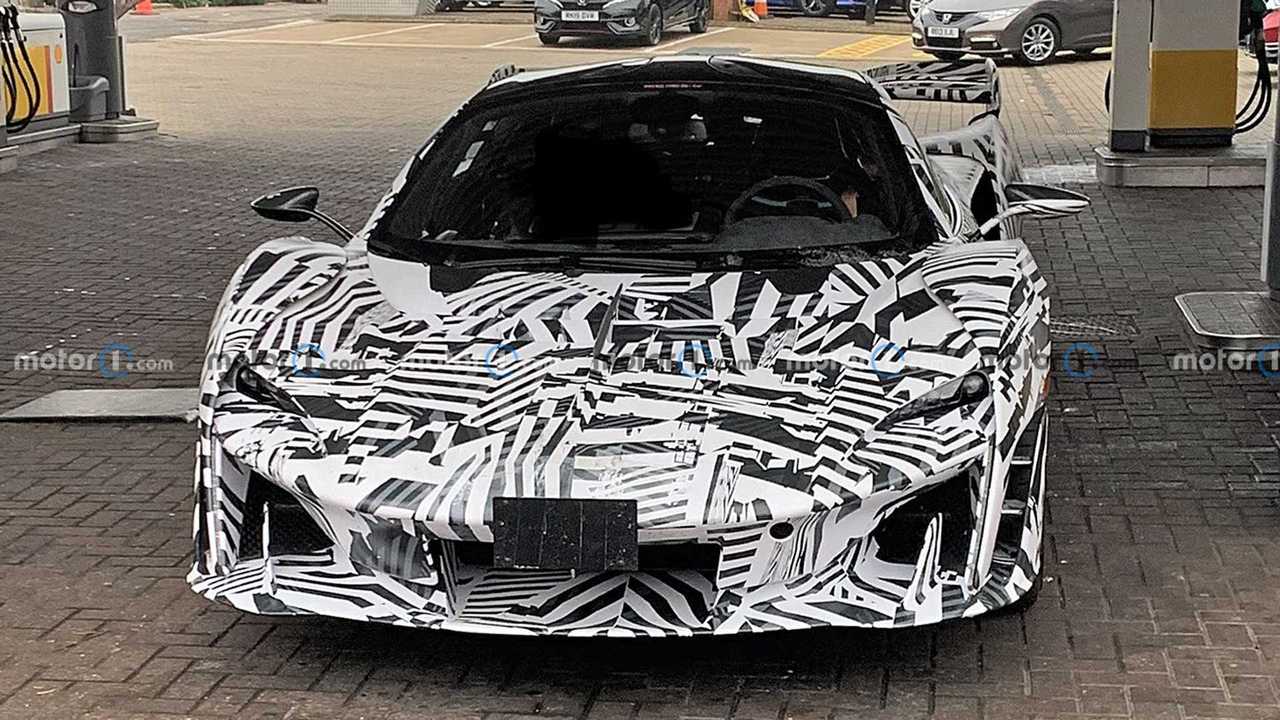 If you thought the Senna couldn't get even more bonkers, think again.

At the beginning of the month, McLaren CEO Mike Flewitt told Automotive News about how the company will take its time with the next Ultimate Series model. After the Senna, Speedtail, and Elva launched in recent years, the next ultra-exclusive Mac hypercar won’t arrive until 2025. It will be the direct successor to the P1, so what is the deal with this camouflaged prototype?

Surely McLaren hasn’t commenced road testing of the next-generation P1 four years before its launch? That means we’re likely looking at something else. Given the fact it looks too extreme to “only” be a “Super Series” model, let alone an entry-level “Sports Series” car, we could be dealing with a one-off car. After all, its codename is “BC-03” and the two letters stand for “bespoke commission.”

Its official name will supposedly be “Sabre” judging by a trademark filing, and the car appears to be a mélange between the Senna / Senna GTR and the Vision Gran Turismo. As a matter of fact, rumors of the virtual race car for PlayStation being turned into a real-life BC-03 originally emerged in October 2018 or about a year after the Vision GT’s official debut. This prototype seems to be the same car our spies caught recently, and oh boy, does it look unworldly on the streets of Woking next to much more humble cars.

If we were to rely on the rumor mill, the Sabre will be a road-legal Senna GTR with a hybrid twist for a total output of 1,150 horsepower and 944 pound-feet (1,280 Newton-meters) of torque. It might not be a one-time deal as some say McLaren could build as many as 15 examples at somewhere in the region of $3.3 million a pop.

With the company testing it out in the open, an official reveal should take place in the coming months. 2021 will be an important year for McLaren for another reason as it will introduce the entry-level Artura with a V6 hybrid powertrain.

Get Acquainted With McLaren's Next Supercar: