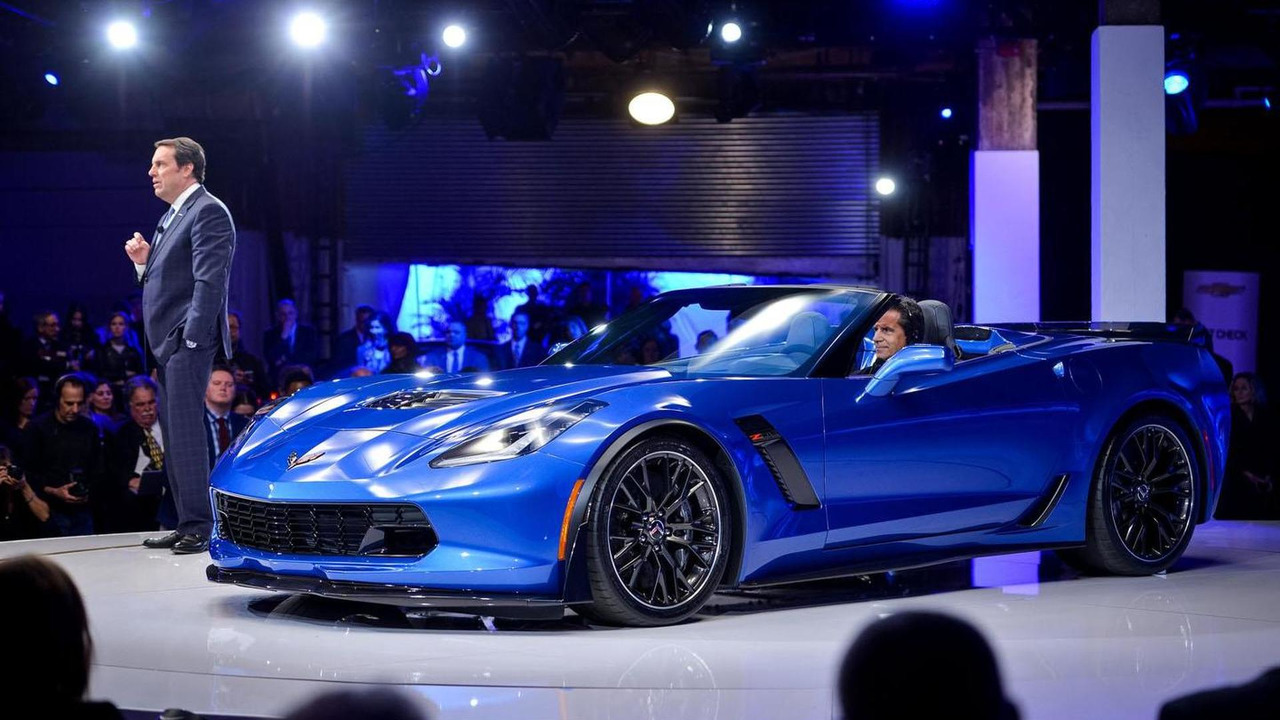 Set to become the first drop top Z06 since 1963, the 2015 model has a familiar exterior but features a power folding roof that can be opened or closed at speeds up to 30 mph (50 km/h). The convertible also has dual accent panels behind the seats which are available in Carbon Flash or carbon fiber.

Motivation is provided by a supercharged 6.2-liter V8 engine that develops "at least" 625 bhp (466 kW) and 635 lb-ft (861 Nm) of torque. Chevrolet declined to say how fast the model will be but the engine can be connected to a seven-speed manual or an optional eight-speed automatic transmission.

Despite losing its roof, the convertible shouldn't be much slower than the coupe as the car's stiff structure has eliminated the need for additional structural reinforcements. This means the convertible has a curb weight that is "nearly identical" to the coupe.