2021 Alfa Romeo Giulia, Stelvio Lose Trim Levels In The US 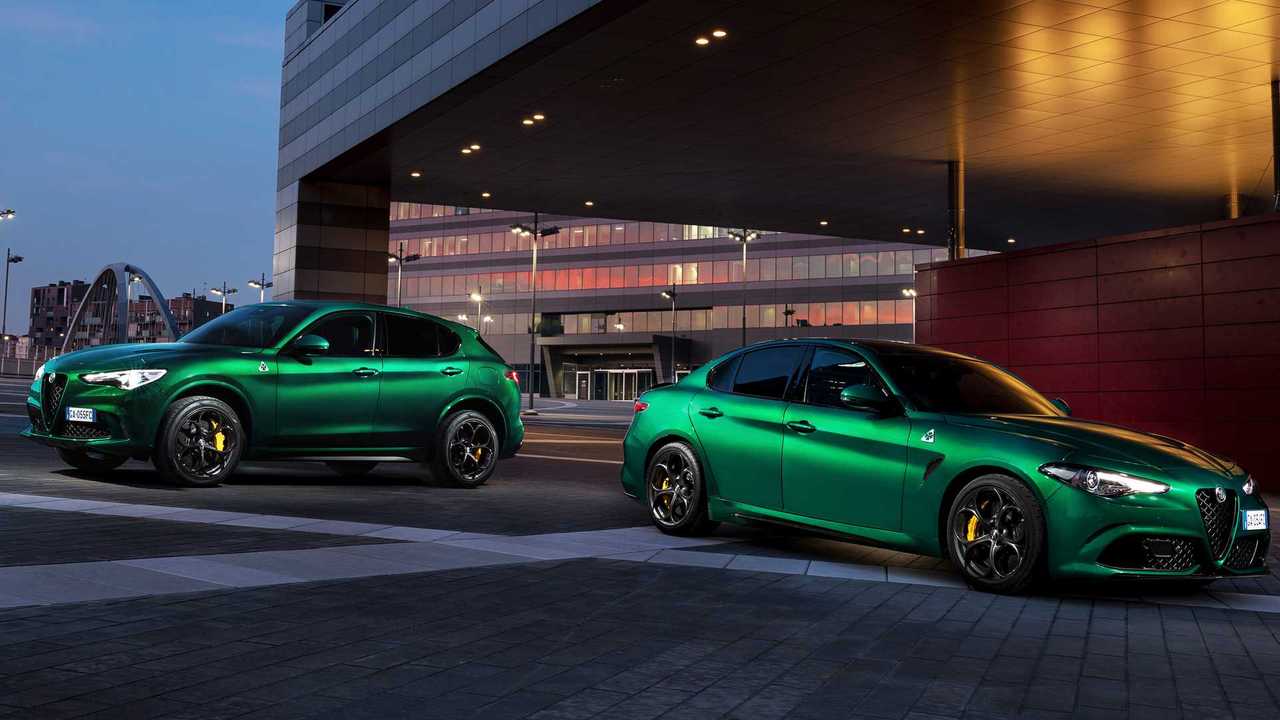 The number of trim levels has been reduced from seven to just four.

Alfa Romeo is bidding adieu to the 4C in North America with a Spider 33 Stradale Tributo special edition, but that’s not the only change prepared for the 2021 model year. The company’s other two cars sold in the United States, Giulia sedan and Stelvio SUV, are also going through some tweaks to keep the models fresh in a competitive market.

First and foremost, it’s going to be a lot easier to pick the Giulia or Stelvio that fits your exact needs and budget as the lineups have been simplified. Alfa Romeo is cutting down the number of trim levels from seven to only four: Sprint, Ti, Ti Sport, and Quadrifoglio. Yes, the “Sprint” name is being revived, although it’s technically been around for a while as the Giulietta Sprint was launched in Europe back in 2014.

Alfa Romeo says both the Giulia Sprint and Stelvio Sprint boast “standard equipment unmatched by competitors from Europe and Asia” as a result of making some of the previously optional goodies standard on these base models. The dynamic duo gets leather seats, remote start, keyless entry, 8.8-inch touchscreen infotainment, push-button start, and laminated glass.

The entry-level Sprint variants also benefit from 10-way power-adjustable front seats and Brembo brakes, while on the safety side there’s Forward Collision Warning with Full-Speed Stop. Apple CarPlay, Android Auto, and SiriusXM radio are also onboard. Rather disappointingly, the headlights are only bi-xenons rather than full-LEDs as you’d expect from a 2021 car with premium aspirations.

The Sprint models can be had with AWD and several optional packages, including a Performance Package with a limited-slip differential and aluminum paddle shifters. Sun & Sound Package adds a dual-pane sunroof and a 10-speaker sound system, while Active Assist I Package combines two packages consisting of safety and assistance systems from the 2020MY to offer a 70-percent price reduction.

Step up to the Giulia Ti and Stelvio Ti and you get the dual-pane sunroof as standard, while the Ti Sport versions also add a limited-slip differential and a dark finish for the exhaust. The SUV ups the ante with a sporty rear diffuser and new 20-inch alloys. Both models can be specified with a new 21-inch wheel option. One other change made for 2021 is a greater color choice as four new shades are being added: Ocra GT Junior, Rosso GTA, Rosso Villa d’Este, and the Verde Montreal featured here on the Euro-spec Quadrifoglio models.

The Hardcore Giulia Remains A Forbidden Fruit For Now:

Speaking of GTA, Alfa Romeo sadly isn’t saying anything about the possibility of bringing the Giulia GTA / GTAm to the United States. When the performance sedan debuted in March, company FCA Ariel Gavilán told us: “While most of these units will be allocated to Europe, we are evaluating opportunities to introduce the GTA in other key markets around the world, including the US.”

Attached below is the 2021MY pricing for the Giulia and Stelvio models.