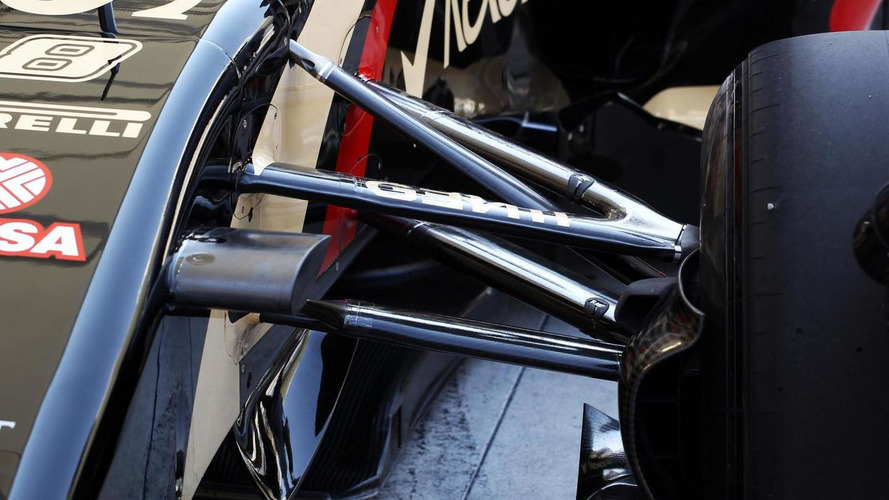 F1 could bring back highly-sophisticated 'active suspension' to cut costs. Reporting from Shanghai, Telegraph correspondent Daniel Johnson said the idea is among a draft proposal by the FIA after te...

F1 could bring back highly-sophisticated 'active suspension' to cut costs.

Reporting from Shanghai, Telegraph correspondent Daniel Johnson said the idea is among a draft proposal by the FIA after teams blocked Jean Todt's plans for a budget cap.

Active suspension was banned after Williams utterly dominated in 1993, but bringing it back could cut costs by making it easier and cheaper to set up today's complex cars.

Johnson said every car would by 2017 be fitted with 'FIA standard active suspension', and along with other benefits it could mean teams could function without as many staff at grands prix.

Among some of the other cost-cutting ideas - part of a three-year plan - are proposals to further extend gearbox life and paddock curfews, and simplify front wing designs.

The changes might not be popular with Adrian Newey, however, as F1's best designer recently questioned the direction the sport is taking.

Ahead of the Bahrain grand prix, he hit out at F1's new 'green' credentials, arguing that if the batteries collecting hybrid power to feed the smaller turbo V6 engines are produced "from a coal-fired power station, then clearly it's not green at all".

"This concept that a hybrid car is automatically green is a gross simplification," said the Briton. "So I think technically, to be perfectly honest, it's slightly questionable."

Asked on Wednesday if Newey's commitment to the new and 'questionable' F1 is still as high as ever, Red Bull team boss Christian Horner insisted: "Absolutely.

"He's passionate about formula one, a purist, and he speaks from the heart," Horner added.