A slow race doesn’t mean it’ll be a boring one.

Drag races draw eyes because it often pits performance superstars against each other in an otherwise pointless test. Rarely do mainstream cars go head-to-head to see which four-door family car can rocket through the quarter-mile the quickest. However, the latest CarWow YouTube video looks to determine just that, pitting the VW Golf, Honda Civic, and Toyota Corolla against each other.

The three compacts are about as mainstream as one can get. The Toyota Corolla sports a 1.8-liter hybrid mill that makes 120 horsepower (89 kilowatts) and 103 pound-feet (141 Newton-meters) of torque. A CVT sends power to the front wheels. The VW Golf is the most potent of the three, pairing a turbocharged 1.5-liter four-cylinder hybrid with a seven-speed dual-clutch automatic gearbox. The mill makes 150 hp (111 kW) and 184 lb-ft (250 Nm) of torque. The Civic lacks a hybrid powertrain for its turbocharged 1.0-liter three-cylinder mill that makes 126 hp (93 kW) and 132 lb-ft (180 Nm). It sends power to the front wheels through a CVT. 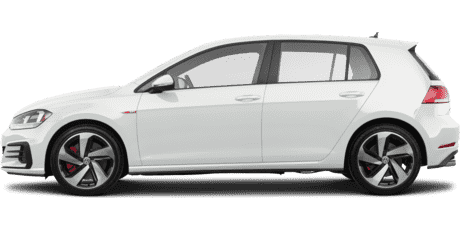 None of the cars are quick, though the Golf’s copious amount of torque helped it win the first, proper race. The Corolla took second with the Honda trailing. A rolling race saw the VW take another win, though this time, the Honda bested the Corolla for second place. The final test of the three was a braking test that again saw the Golf win, stopping in the shortest distance.

The video lacks the noise and speed of other drag race videos, though that doesn’t make it any less exciting to watch. The three were all within two seconds of each other through the quarter-mile, the Golf completing it in 16.2 seconds with the Honda doing it in 18.2. The wet tarmac and differences in driving ability could have been a factor in the results.