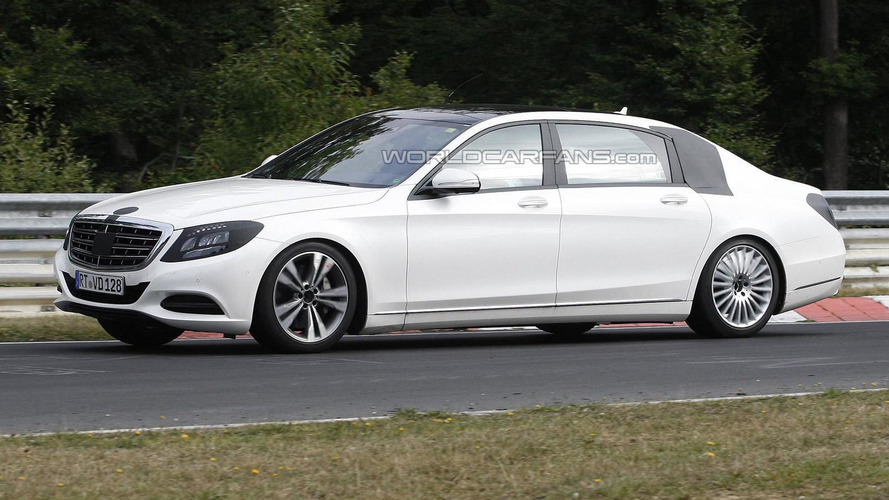 A source close to Mercedes-Benz indicates the S-Class Maybach will be unveiled in November at the Los Angeles Auto Show.

A source close to Mercedes-Benz indicates the S-Class Maybach will be unveiled in November at the Los Angeles Auto Show.

Maybach was phased out in 2012 but it will allegedly be revived not as a brand but as a nameplate for an extra-long wheelbase version of the S-Class. This new iteration of Mercedes-Benz's flagship sedan will have a 200mm longer wheelbase than the current LWB (3165mm wheelbase) and will try to attract very wealthy customers (especially in China) who would normally purchase a Bentley or a Rolls-Royce.

Based on recent spy videos, Mercedes-Benz will apply the Maybach treatment at least on the V12-powered S600 and S65 AMG versions.

It won't be the only moniker to be resurrected by the German marque as there will also be an even longer Pullman version which according to the same source will cost about 1M USD in the armored-plated variant. Set to have a 2+2+2 seating arrangement, it will mostly target politicians and will have its wheelbase stretched by one meter compared to the standard S-Class (3035mm wheelbase).