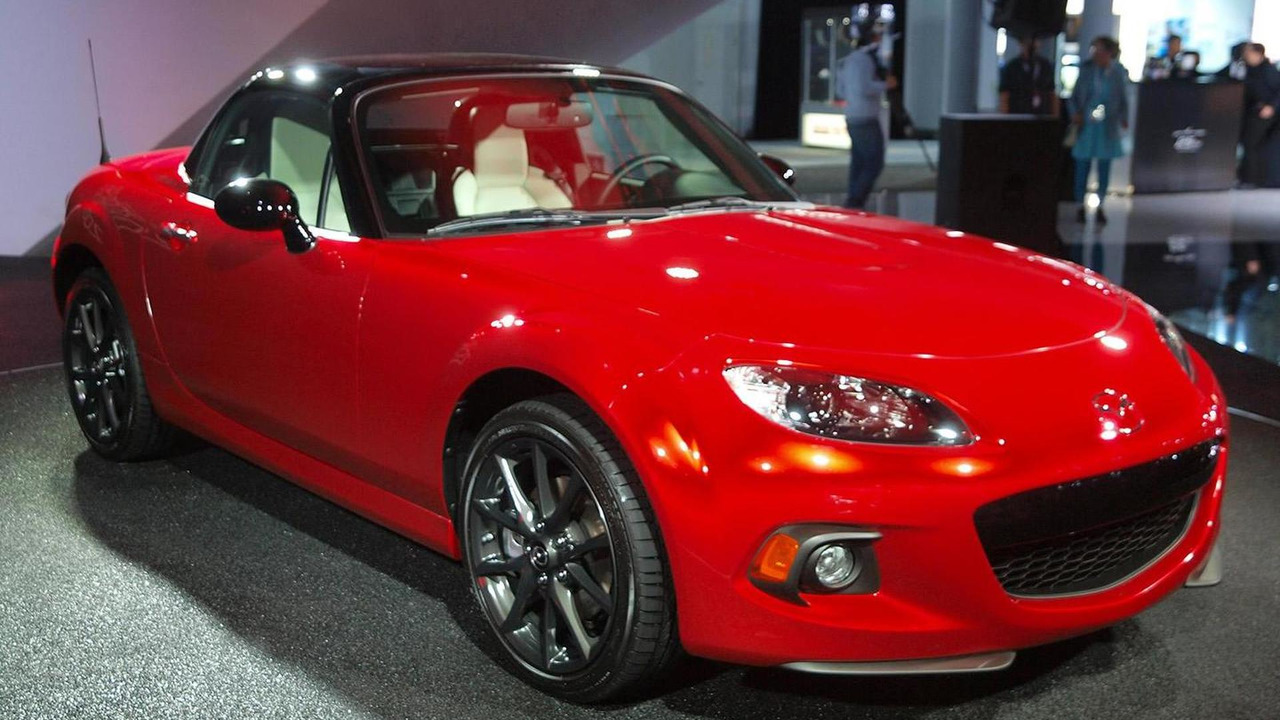 Mazda has unveiled a "25th Anniversary Edition" of the MX-5 this week at New York Auto Show.

Mazda has unveiled a "25th Anniversary Edition" of the MX-5 this week at New York Auto Show.

Celebrating 25th years since the original MX-5 was introduced on February 9, 1989 at the Chicago Auto Show, the anniversary edition is based on the outgoing retractable hard top version and comes with a Soul Red Metallic exterior paint complemented by the black roof, A-pillars and side mirrors. The interior boasts off-white leather upholstery and trim as well as a hand-finished decorative panel and aluminum pedals.

The Mazda MX-5 25th Anniversary Edition has received Bilstein shock absorbers and will be sold with a six-speed manual or automatic gearbox. It will sit on 17-inch ten-spoke dark gunmetal alloy wheels shod in Bridgestone Potenza RE05A 205/45R17-84W tires.

Mazda says only 100 units will be sold in United States once the model goes on sale later this spring. Further details including pricing will be released in the coming weeks.