Pagani Huayra Tricolore Lands With 829 Horsepower And $6.7M Base Price 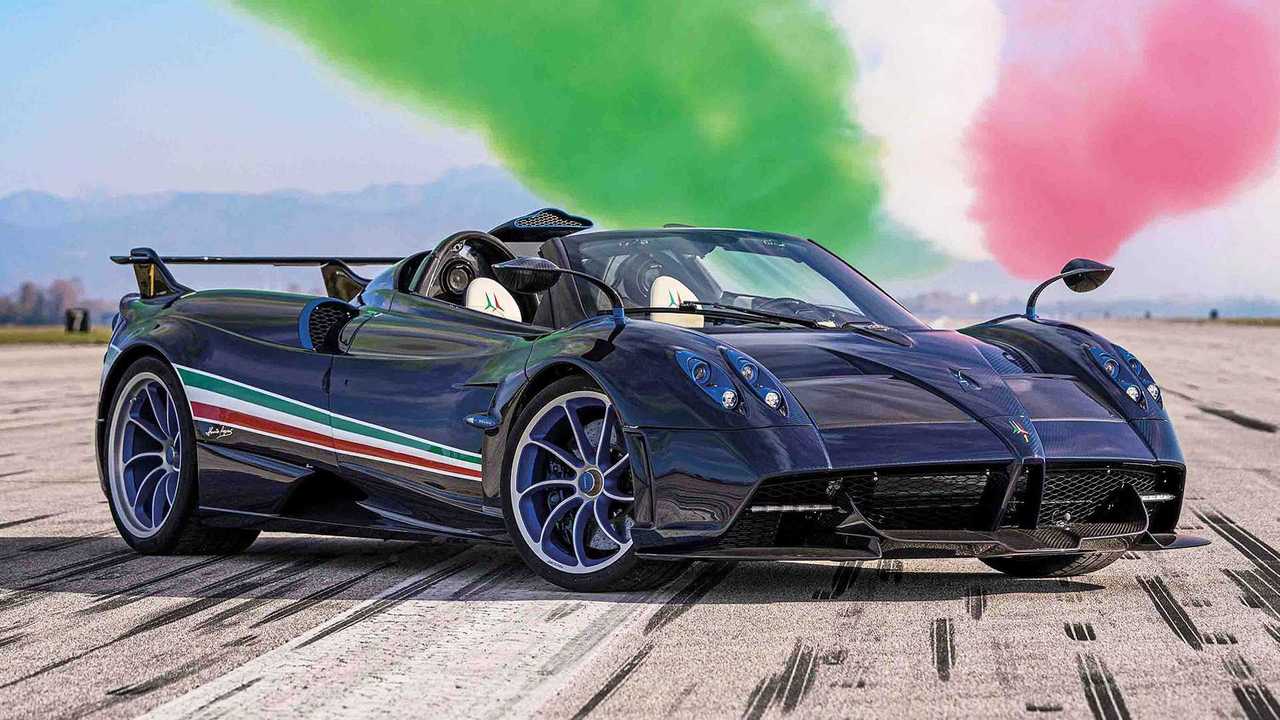 The most powerful Pagani ever is limited to only three cars.

Nearly 11 years have passed since Pagani introduced the Zonda Cinque-based Tricolore to celebrate the Frecce Tricolori, an aerobatic demonstration team of the Italian Air Force. To mark the 60th anniversary of the 313° Gruppo Addestramento Acrobatico, Pattuglia Acrobatica Nazionale, Pagani is unveiling an ultra-exclusive Huayra Tricolore as the brand’s most powerful car to date.

The heart and soul is a familiar twin-turbo 6.0-liter V12 specifically developed by Mercedes-AMG for Pagani. In this latest application, it develops a whopping 829 horsepower (618 kilowatts) or just two horses more than the Imola unveiled back in February. At 1,100 Newton-meters (811 pound-feet) of torque, it perfectly matches the car Pagani wanted to bring to this year’s Geneva Motor Show before the event was canceled due to the coronavirus outbreak.

Power is routed to the rear wheels via a seven-speed sequential gearbox in a car that weighs as little as 1,270 kilograms (2,800 pounds) before you start adding fluids. To put that weight number into perspective, the Pagani Huayra Tricolore is just about as heavy as a Volkswagen Golf equipped with a three-cylinder engine.

The styling reminds us of the Zonda Tricolore since both pay tribute to the Aermacchi MB-339 military jet trainer and light attack aircraft used by the Frecce Tricolori (Tricolour Arrows). Beyond the bespoke livery proudly carrying the Italian flag motif, the latest Huayra also adopts a redesigned front bumper with a more prominent splitter and beefy air intakes to cool down the upgraded engine of Affalterbach origins.

The body changes continue with a newly developed air scoop providing better airflow to push more cold air into the engine bay. At the back, Pagani came up with a new diffuser to make the most of the air coming from underneath the car. The wing is also exclusive to the Huayra Tricolore and is built into the rear hood from a single piece of carbon fiber.

Special attention was also given to the interior where the gearshift knob is made from a single block of aluminum and carbon before being polished by hand “with the special transparent treatment.” The other aluminum bits are made from aerospace-grade alloys and anodized in a blue shade. As for the seats, the white and blue theme is reminiscent of the Zonda Tricolore’s interior.

Much like it was the case with the aforementioned Zonda Tricolore, Pagani will be making three examples of its spiritual successor. At €5.5 million (about $6.7M a pop) before value-added tax and options (yes, you can drive up the price furthermore), it’s more than four times pricier than the car unveiled at the 2010 Geneva Motor Show.