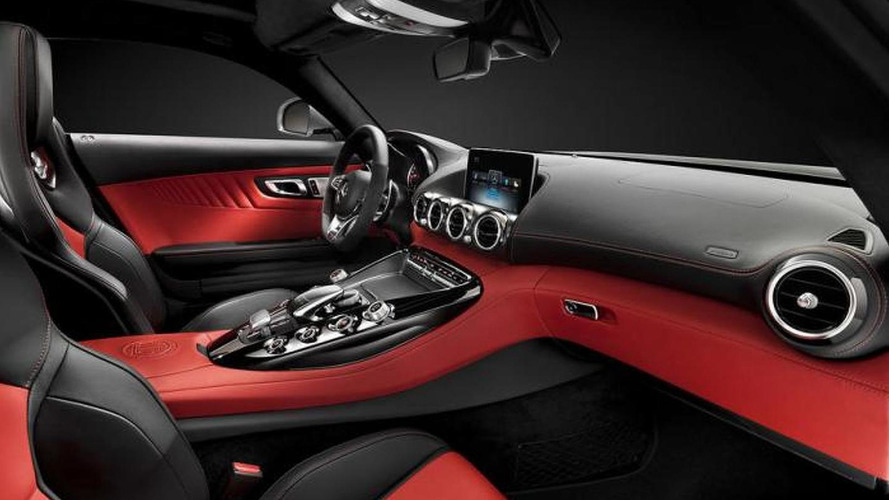 The first pictures of the Mercedes AMG GT have surfaced online, ahead of the car's rumored debut at the Paris Motor Show.

The first pictures of the Mercedes AMG GT have surfaced online, ahead of the car's rumored debut at the Paris Motor Show.

Drawing cues from the SL and SLS AMG, the GT's cabin is sporty and elegant as it features two-tone leather sport seats, a flat-bottomed steering wheel and carbon fiber trim. We can also see a wide center console with metallic accents, a touch-sensitive COMAND controller and an AMG drive selector with what appears to be five different modes. The console also has buttons to firm up the suspension, turn off the traction control system and make the exhaust sound sportier.

The cabin also has circular air vents, a freestanding COMAND display and a leather-wrapped dashboard with contrast stitching. Other highlights include an Alcantara roofliner and auxiliary switches above the interior lights.

As we have previously reported, the AMG GT will be unveiled later this year and is expected to feature a twin-turbo 4.0-liter V8 that develops approximately 520 bhp (387 kW). The company could eventually introduce an entry-level model that produces 480 bhp (358 kW) and a range-topping Black Series variant that develops up to 580 bhp (432 kW).