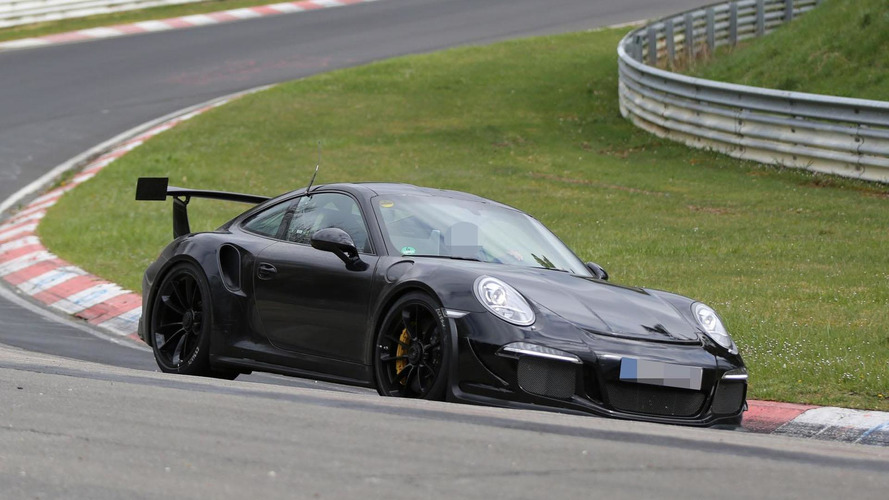 Porsche is looking to get the 2015 911 GT3 RS back on track following a fire-related recall of the standard model.

Porsche is looking to get the 2015 911 GT3 RS back on track following a fire-related recall of the standard model.

Caught undergoing testing on the Nürburgring, the high-performance model features a familiar body kit but is distinguished by canards, widened fenders and a massive rear wing. The prototype also appears to have a revised hood and roof which will likely improve the car's aerodynamics.

Porsche has been relatively coy about the model but it is expected to use an upgraded 3.8-liter six-cylinder engine that produces more than 475 PS (349 kW). It will likely be paired exclusively to a PDK transmission which has been specifically tuned for use in the model.

While the GT3 RS was originally expected to be unveiled at Paris Motor Show, Porsche CEO Matthias Müller has hinted the 911 GT3 recall could throw a wrench in those plans.