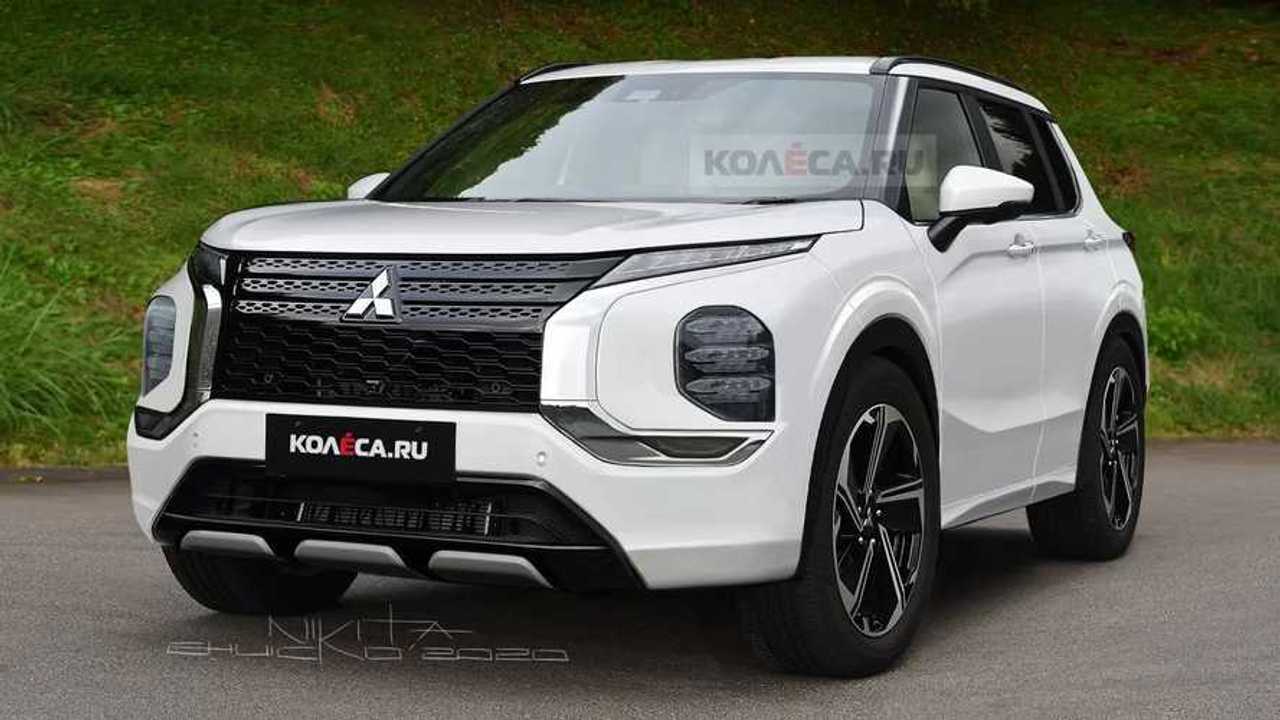 It's an eye-catching front end.

The next-gen Mitsubishi Outlander debuts in February, but there's enough info about the exterior design floating around that the folks at Kolesa are able to create a convincing rendering of how the new crossover probably looks. The company's designers are taking a bold approach for the vehicle's exterior.

In front, there's a huge, flat grille that dominates that vehicle's face. Big lamps are in the corners and tiny lights incorporate into the edge that runs along the hood to form split headlights. Large pieces of chrome decorate the nose to add an extra shine.

The rear is far more conservative than the eye-catching front. The taillights have sharp edges and wrap around into the hatchback. A trapezoidal exhaust outlet integrates into each corner of the bumper.

The image above is allegedly a leaked photo of the production-spec 2022 Outlander. It has a slightly different treatment for the grille trim by adding chrome strips, but the picture is otherwise very similar to Kolesa's rendering. The rear is practically identical.

The new Outlander reportedly rides on the same platform as the Nissan Rogue, and the two models allegedly share some engines, too. A PHEV version of the Mitsubishi should be available eventually.

While we have a good idea about how the new Outlander looks on the outside. The interior is a much bigger mystery. Since the exterior has lots of cues from the Engelberg Tourer concept (above), the cabin might, too. This would mean a minimalist aesthetic with a large infotainment display and digital instrument cluster.

Following the February debut, expect the 2022 Outlander to be on sale in the US in the second half of 2021.