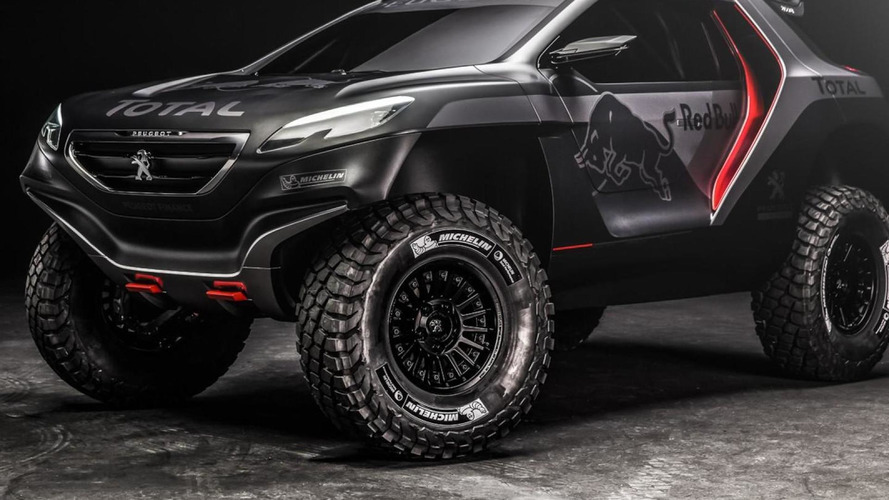 Peugeot has fully revealed the 2008 DKR which will tackle the difficult Dakar Rally next year.

Peugeot has fully revealed the 2008 DKR which will tackle the difficult Dakar Rally next year.

After a 25-year hiatus, Peugeot is making a comeback at Dakar with a 2008-based racer which looks as if it was taken straight from an apocalyptic movie due to its very aggressive stance and black livery. It rides on chunky 37-inch (94 cm) off-road Michelin tires and has received a large rear wing while the rear doors were axed. We also notice a very short front overhang to allow a high approach angle.

Details about what will power the Peugeot 2008 DKR are not available for the moment but we do know the vehicle will have a two-wheel drive layout. Additional information will be released on April 20 during the press day of Beijing Motor Show.

The next Dakar Rally is scheduled for January 2015 and Team Peugeot Total will try to take the win with Carlos Sainz and Cyril Despres.