A worthy adversary for the Hoonicorn?

Unless you’ve been living under a rock recently, you’ve likely heard of the Hoonicorn vs The World series. Inspired by Forza Horizon players drag racing the beastly vehicle against other high-performance machines, it produced one of the most popular automotive compilations on the internet. While that’s all well and good, Ken Block’s vehicle might just have a worthy in-game adversary.

Coming from the recently released Cyberpunk 2077 title, the 2058 Quadra Turbo-R V-Tech is now available in Forza Horizon 4. Sure, keen readers will be quick to point out that the Quadra only puts out a meager 607 horsepower (452.6 kilowatts), but with some light modifications it can easily match the Hoonicorn's magic 1,400 hp (1,043.9 kW) figure.

Semantics aside, it’s actually quite simple to get the vehicle in the game. Available for free in the latest update, all that’s required is to beat LaRacer in the _:Nightcity.exe:_ point-to-point event in Edinburgh. Behind the wheel, the interior doesn’t appear to be as detailed as it would be in the original game, but that would certainly be splitting hairs; for all intents and purposes, the car of the future is a potent package in both games.

Straight-line numbers aside, it’s clear that even without modifications, the Quadra is pretty handy in the corners. Apart from its all-wheel-drive system, we’d wager that tire technology would have also evolved quite a bit from where we are now. Regardless, these fantastical vehicles that have come to the Forza series go to show what’s possible in the video game world. 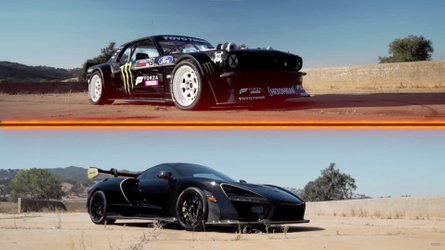 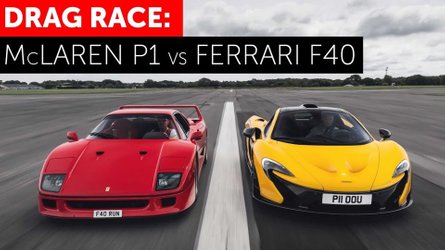 A Hoonicorn vs Quadra drag-race video remains to be seen, but we’d wager the results would be very close. Until then, we’ll have to transition back to the real world and see how Rob Dahm’s RX-7 fares against the undisputed straight-line barnstormer.