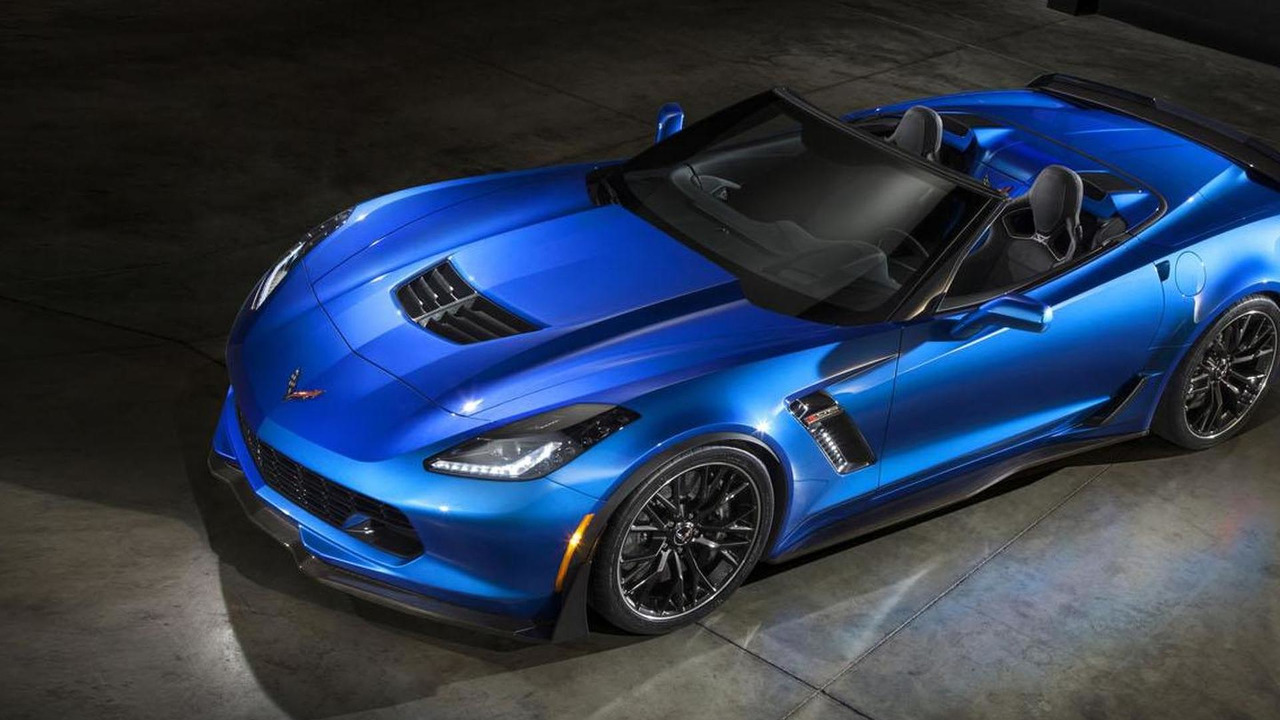 Hot on the heels of this afternoon's leak, Chevrolet has officially unveiled the 2015 Corvette Convertible Z06.

Hot on the heels of this afternoon's leak, Chevrolet has officially unveiled the 2015 Corvette Z06 Convertible.

Set to be unveiled at the New York Auto Show, the Z06 is being billed as the "most powerful convertible ever produced by Chevrolet."

The exterior follows in the footsteps of the coupe but adopts a power folding roof that can be opened or closed at speeds up to 30 mph (50 km/h). The convertible also has dual accent panels, behind the seats, which are available in Carbon Flash or carbon fiber.

While Chevrolet built a Z06 convertible in 1963, Corvette chief engineer Tadge Juechter noted “Until recently it was not possible to create a lightweight, open-roof structure strong enough to cope with the braking, cornering, and acceleration of Corvette’s top performance models." However, "The frame for the Z06 convertible leverages advancements in computer-aided engineering, metallurgy, and manufacturing techniques – many of which were not available just five years ago.”

Thanks to the car's stiff structure, no structural reinforcements were needed for the Z06 Convertible. This means the drop top has a curb weight that is "nearly identical" to the coupe.

Despite gaining a few pounds, the convertible should be an absolute rocket as it features a supercharged 6.2-liter LT4 V8 engine that develops "at least" 625 bhp (466 kW) and 635 lb-ft (861 Nm) of torque. It can be connected to a seven-speed manual transmission or an optional eight-speed automatic which promises to deliver "world-class shift-response times."

According to Mark Reuss, GM executive vice president of global product development, The Z06 Convertible is a world-class supercar in every sense. Only a handful of convertibles in the world bring more than 600 horsepower and 600 pound-feet of torque. Even fewer can match the advanced technologies, aerodynamic design, and visceral driving experience of the Z06 Convertible.”