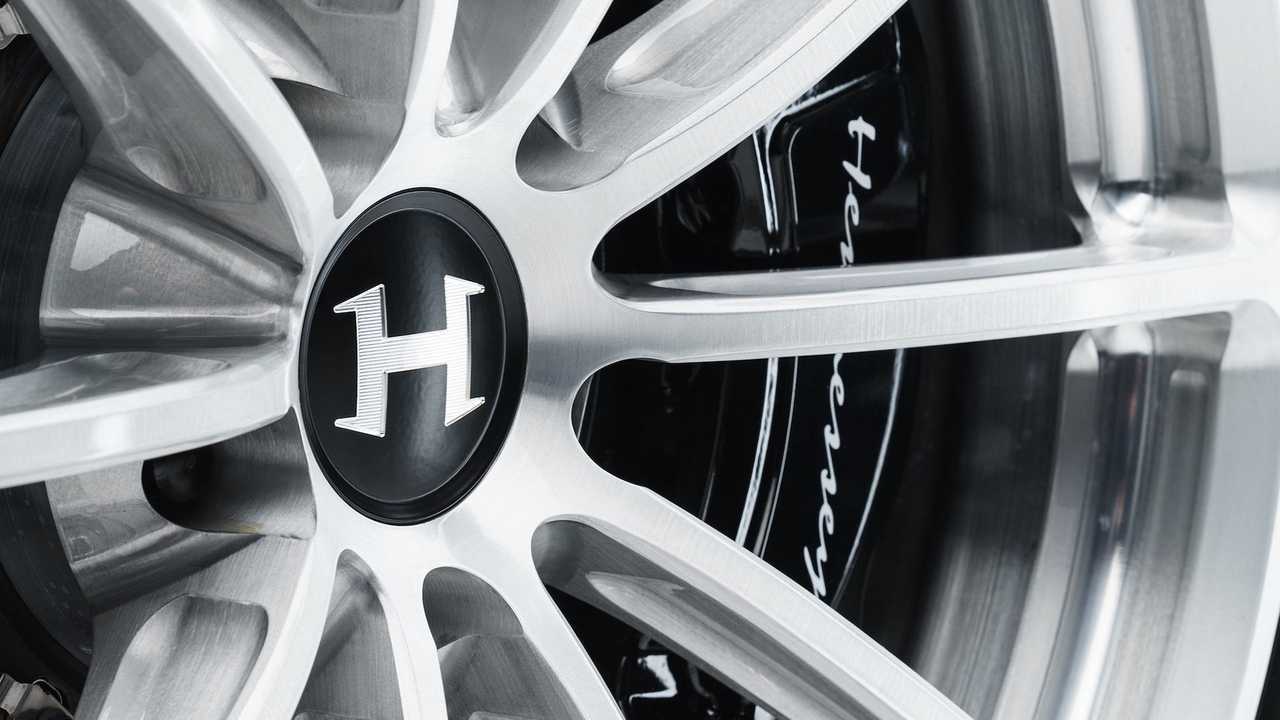 We now have the exact time of the launch.

We couldn't count how many times Hennessey has moved the launch of the Venom F5. The latest one was more definite, though. Originally announced for a November debut, the Texas tuner, which will soon officially become a low-volume car manufacturer, announced a launch date for the hypercar, along with the exact time: December 15, 2020 at 12:00 PM CST (6:00 PM GMT).

Hennessey's latest teaser for the Venom F5 shows a redesigned set of wheels, which you can see on top of this page. Now wearing the company's new logo, the wheels has slightly been redesigned, although it still has 10 spokes.

You can see the differences using the slider above, with the original wheels from the concept seen on the left image.

There are things we wouldn't want to change, though. The all-American Venom F5 hypercar is promised to hit the 300-mph barrier. Hennessey is firm on its pledge to be the fastest production car, with the hypercar believed to have a top speed "beyond 500 km/h (311 mph)."

The Past And The Present:

All the motivation to set a record comes from a twin-turbo 6.6-liter V8 engine that churns out a mind-boggling 1,817 horsepower (1,354 kilowatts) and 1,193 pound-feet (1,617 Newton-meters) of torque. That immense power output is partnered with a relatively lightweight body, which is said to be below 3,000 pounds (1,360 kilograms). That's made possible through several carbon-fiber parts of the vehicle, as seen on the concept and previous teasers.

We'll know more of the actual nitty-gritty pretty soon since it's only a few days before the Venom F5's long-awaited debut. We just wish the unveiling will include details of a record-breaking top-speed run, and we hope that it's void of controversies like what happened with the SSC Tuatara.