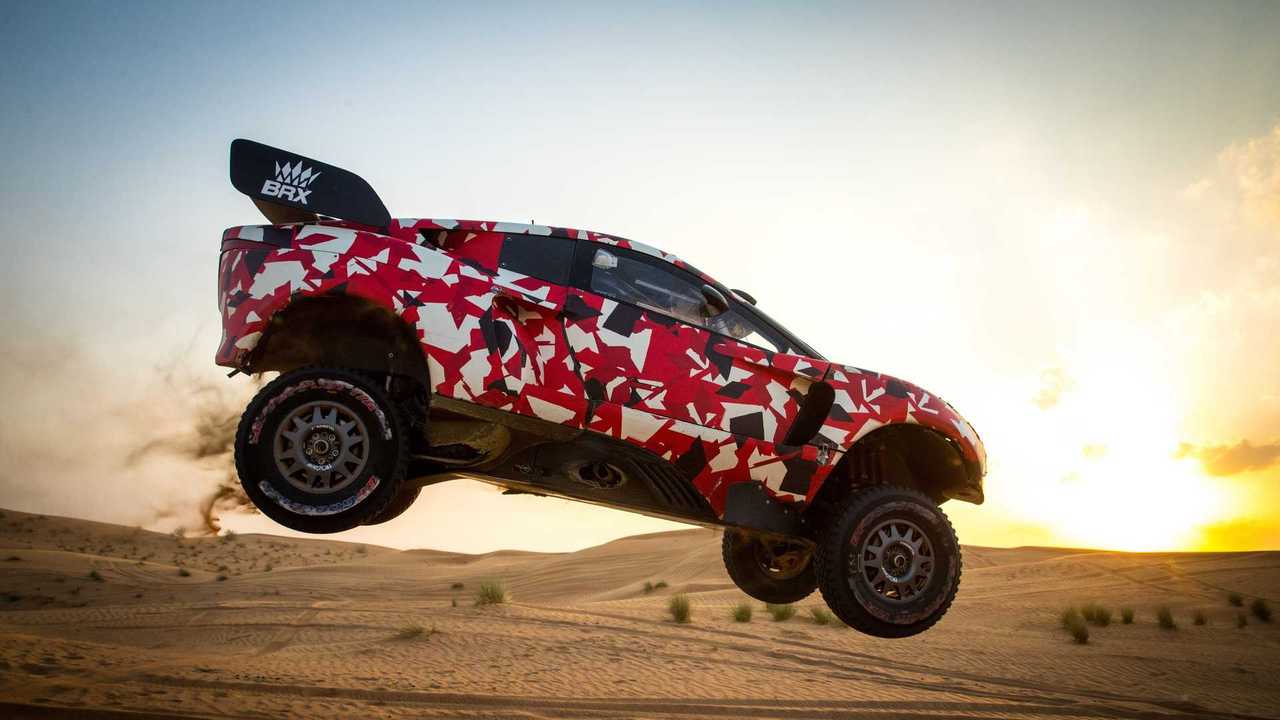 Engineered by Prodrive, the extreme race car will be driven by Sébastien Loeb and Nani Roma.

The 43rd edition of the grueling Dakar Rally is right around the corner, kicking off January 3, 2021, in Saudi Arabia. The 14-day rally marathon will include this wild-looking machine with none other than Sébastien Loeb behind the wheel, joined by two-time Dakar Rally winner Nani Roma. Engineered by Prodrive, the BRX Hunter will compete for the Bahrain Raid Xtreme team.

The go-anywhere-fast machine was penned by renowned car designer Ian Callum, whose previous work includes a couple of other rally cars, including the Ford Escort Cosworth and the Ford RS200. He also did the lesser-known Nissan R390 for Le Mans, but he’s mostly known for gorgeous road cars like the Aston Martin DB7 and DB9, Vanquish, Jaguar XK, F-Type, and the C-X75 concept.

Powering the BRX Hunter is a Ford-sourced twin-turbo 3.5-liter EcoBoost engine tuned to deliver 400 horsepower and 516 pound-feet (700 Newton-meters) of torque for this Dakar application. You might be tempted to say the engine is located in the back because of those side openings behind the doors, but that’s not the case as the V6 is pretty much mounted underneath the windscreen. The cutout in the body is for the spare wheel.

The four-wheel-drive beast will take part in the top-level T1 class at the upcoming Dakar Rally and will carry up to 500 liters (132 gallons) of fuel to cover the longest stages of the event. It weighs 1,850 kilograms (4,078 pounds) before adding fluids and sends power to both axles through a six-speed sequential gearbox.

It’s the first year rally cars are allowed to have turbocharged gasoline engine as in previous editions all vehicles had either turbodiesel or naturally aspirated gasoline engines. With the 2021 Dakar Rally starting in a little over three weeks, it’s almost show time and we’re certainly going to keep our eyes on the BRX Hunter.