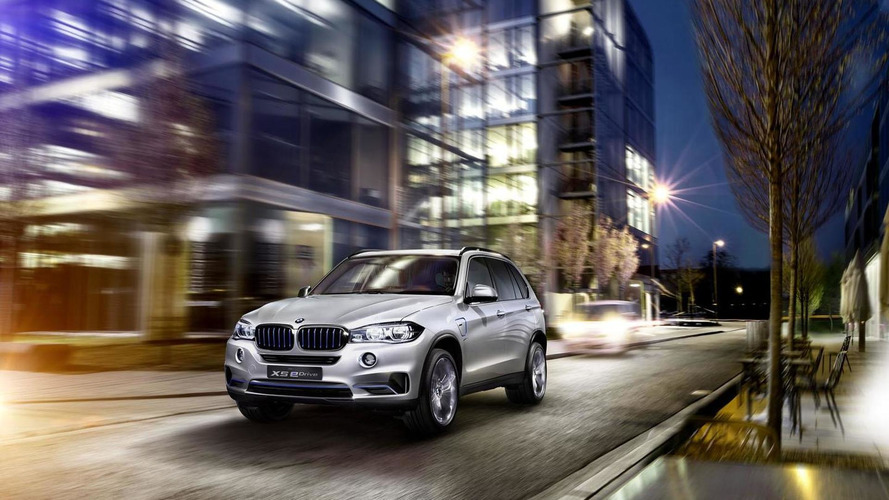 BMW has unveiled the updated Concept X5 eDrive, ahead of its debut at the New York Auto Show.

BMW has unveiled the updated Concept X5 eDrive, ahead of its debut at the New York Auto Show.

Looking virtually identical to the concept that was shown at the 2013 Frankfurt Motor Show, the updated X5 eDrive has undergo a "series of detailed refinements."

On the styling front, the model has a Silverflake metallic exterior with BMW i Blue accents. The crossover has also been equipped with new roof rails and bespoke 21-inch alloy wheels.

Speaking of the latter, power is provided by a plug-in hybrid powertrain that consists of a 245 PS (180 kW) TwinPower Turbo four-cylinder petrol engine, a 95 PS (70 kW) electric motor and a lithium-ion battery that is housed underneath the luggage compartment. This setup enables the crossover to accelerate from 0-100 km/h in less than seven seconds and travel up to 30 km (18.6 miles) on electricity alone at speeds up to 120 km/h (75 mph). More importantly, the model will consume less than 3.8 L/100 (61.8 mpg US / 74.3 mpg UK) and have CO2 emissions under 90 g/km.

The concept also has a BMW Driving Experience Control switch with three different modes: AUTO eDrive (which balances performance and efficiency), MAX eDrive (pure EV mode) and SAVE (which keeps the battery charged for use later in the trip).

BMW declined to talk about production plans but the company has already confirmed they will build an X5 plug-in hybrid at their Spartanburg plant in the "near future."