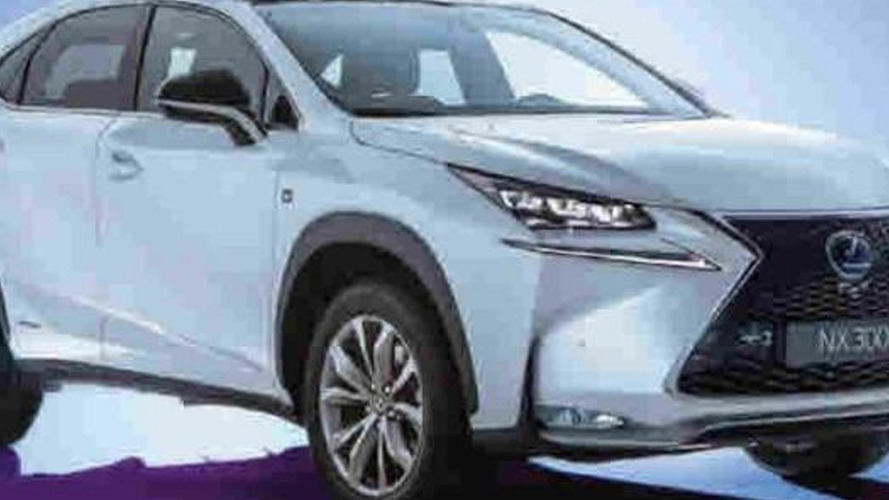 The 2015 Lexus NX production version has been partially revealed by a French magazine.

The 2015 Lexus NX production version has been partially revealed by a French magazine.

Towards the end of January we saw the NX's front fascia and now we take a look at its rear courtesy of a magazine scan sent by a WCF reader. The photo is part of  L'automobile Magazine's May issue showing a considerably toned down yet more attractive styling compared to the LF-NX and LF-NX Turbo concepts.

The concept's cameras were replaced by conventional mirrors and the chromed triangular exhausts were removed to make room for conventional pipes. The taillight design is now less radical but still manages to be quite interesting with its futuristic shape, while the rear bumper looks less busy and more suitable for a production model.

The attached photo shows the NX 300h model which can only mean Lexus plans on offering the crossover with a hybrid powertrain, possibly with a system sourced from the ES 300h encompassing a 2.5-liter 4-cylinder engine and an electric motor. Another very probable engine choice will be the company's 4-cylinder, 2.0-liter turbocharged gasoline unit recently introduced on the LF-NX Turbo concept.

Lexus will showcase the 2015 NX production version on April 20 at the Beijing Motor Show in China.

Special thanks go to Florent for sending us the pic!