More upgrades for the SUV should be announced in January.

The highlight of the 2020 Alfa Romeo Stelvio range was the updated infotainment system as even the range-topping Quadrifoglio model didn’t get a power increase. Now, for the 2021 model year, the Italian company has a more significant novelty for its SUV in the form of a new mid-level grade.

The Stelvio Veloce Ti joins Alfa’s lineup for the first time positioned between the regular Stelvio models and the Stelvio QV. It differs from the standard Stelvio with its 21-inch black alloy wheels with typical Alfa design, for which the automaker says should become available for other trim levels at a later date.

Inside the cabin, there are more visual tweaks. These include aluminum gearshift paddles, sports seats wrapped in a mix between leather and Alcantara, black headlining, and carbon fiber decorative accents. Further touches can be found in the window surrounds, tinted windows, and the exterior badging. 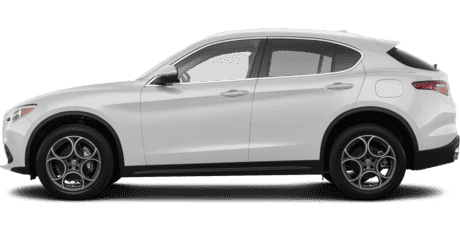 save over $3,400 on average off MSRP* on a new Alfa Romeo Stelvio

Alfa Romeo will announce more upgrades for the Stelvio and the Giulia in January 2021 when it’ll release additional details. Both the SUV and the sedan will benefit from a range of Euro 6d-final compliant engines, plus a full suite of Alfa Connect Services as standard or optionally available across the range.

As a reminder, the Stelvio QV carries over with a 2.9-liter twin-turbo V6 good for 505 hp (377 kW). The hot high-riding model can now be spiced up with several Mopar-developed components available as a factory upgrade.