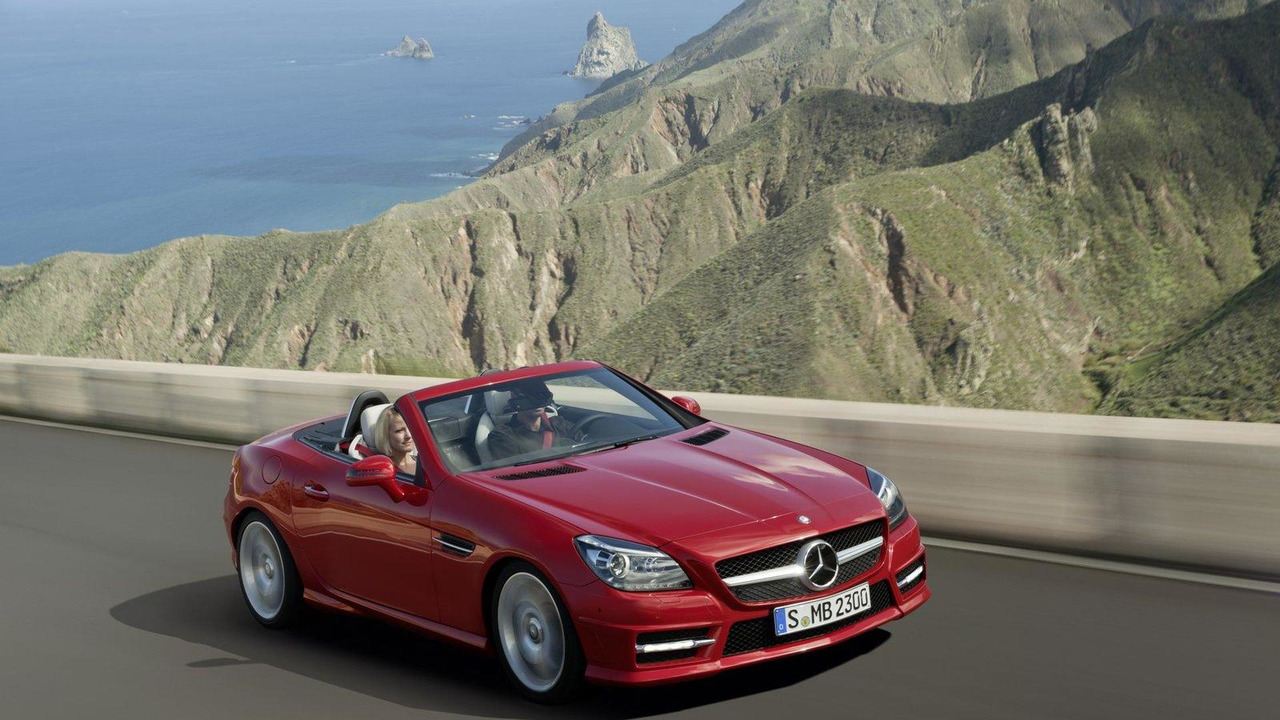 New details are starting to emerge about the next-generation Mercedes SLK.

New details are starting to emerge about the next-generation Mercedes SLK.

According to Auto Express, the redesigned roadster will be launched in 2018 and ride on the modular sports car architecture (MSA) which will also underpin the next-generation SL. This could enable the model to be offered with two different roofs and plug-in hybrid technology. The SLK could also be equipped with 4MATIC all-wheel drive but speculation suggests it will be limited to higher-end variants.

Little else is known about the model but previous reports have indicated the next-generation SLK will have a better weight distribution and a lower center of gravity than the current model. There could also be a four-cylinder petrol engine with 238 PS (175 kW) and an assortment of six-cylinder units with outputs of 333 PS (245 kW), 375 PS (275 kW) and 435 PS (320 kW). Rumors have also indicated there could be a range-topping Black Series variant with approximately 465 PS (342 kW).