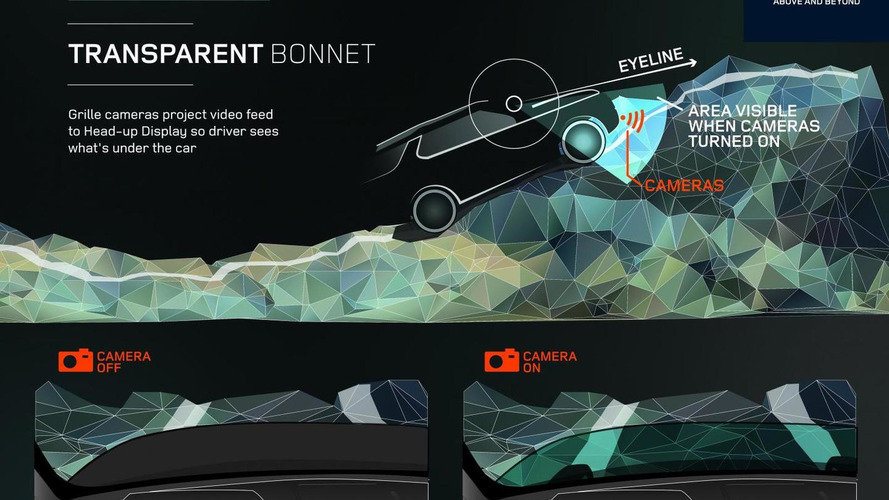 Set to make its debut next week in New York, the Discovery Vision Concept will feature transparent hood technology providing the driver with a "see-through" augmented reality view of what's up ahead which Land Rover says makes the vehicle's front "invisible" from the inside.

This technology consists of cameras installed in the grille which record data and send it to a head-up display on the windscreen to generate a "see-through" view of the road ahead through the engine bay and hood. Land Rover considers the "transparent bonnet" an evolution of visual driver assistance systems which could make it on production cars in the future.

The aforementioned Discovery Vision Concept will represent Land Rover's sneak preview of a reimagined Discovery lineup set to come out sometime next year.