The new G90 is the next Genesis to fully embrace the 'two lines' design theme.

Seeing spy shots of camouflaged Genesis G90 prototypes testing at home in South Korea might have caught some people by surprise. The large luxury sedan still feels quite fresh following the update it received about two years ago in its domestic market, but that was actually a major facelift rather than the next-generation model.

Those spy shots mentioned above have been put to good use by our Russian pals at Kolesa to speculatively render the design direction Genesis’ future flagship will take. It’s a known fact the next G90 will have split headlights to echo the “two lines” design of its SUV sibling, the GV90. The smaller GV80 and the recently unveiled GV70 follow the same theme, as do the second-generation G80 and the facelifted G70.

The adjacent rendering does not provide a peek inside the cabin, but prototypes of the 2022 G90 have been caught with the digital instrument cluster and touchscreen infotainment housed side by side in a single piece of glass. It’s a dual-screen setup similar to what you’ll find in a lot of Mercedes models, but we’re sure Genesis will put its own spin on it.

Technical specifications are still shrouded in mystery, although we’re hearing the naturally aspirated 5.0-liter V8 will still be offered. In addition, the revamped G90 is said to gain air suspension for a silky-smooth ride as it would be fitting for a large premium sedan. Local reports are indicating the range-topping Genesis model will also get an advanced level 3 semi-autonomous driving system.

If recent reports are to be believed, the official unveiling is scheduled to take place by the end of 2021 for the KDM region. Meanwhile, Genesis has its work cut out for it preparing a G70 wagon, an electric eG80, the G80 Sport’s return, and a dedicated EV crossover codenamed “JW” with support for wireless charging.

See Different Flavors Of The G90: 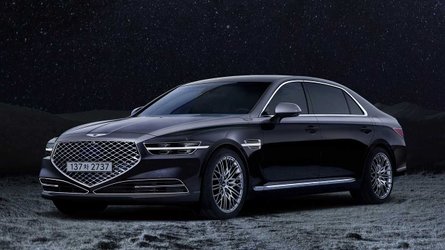 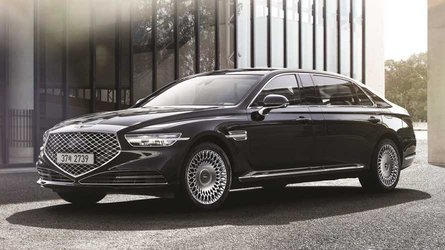