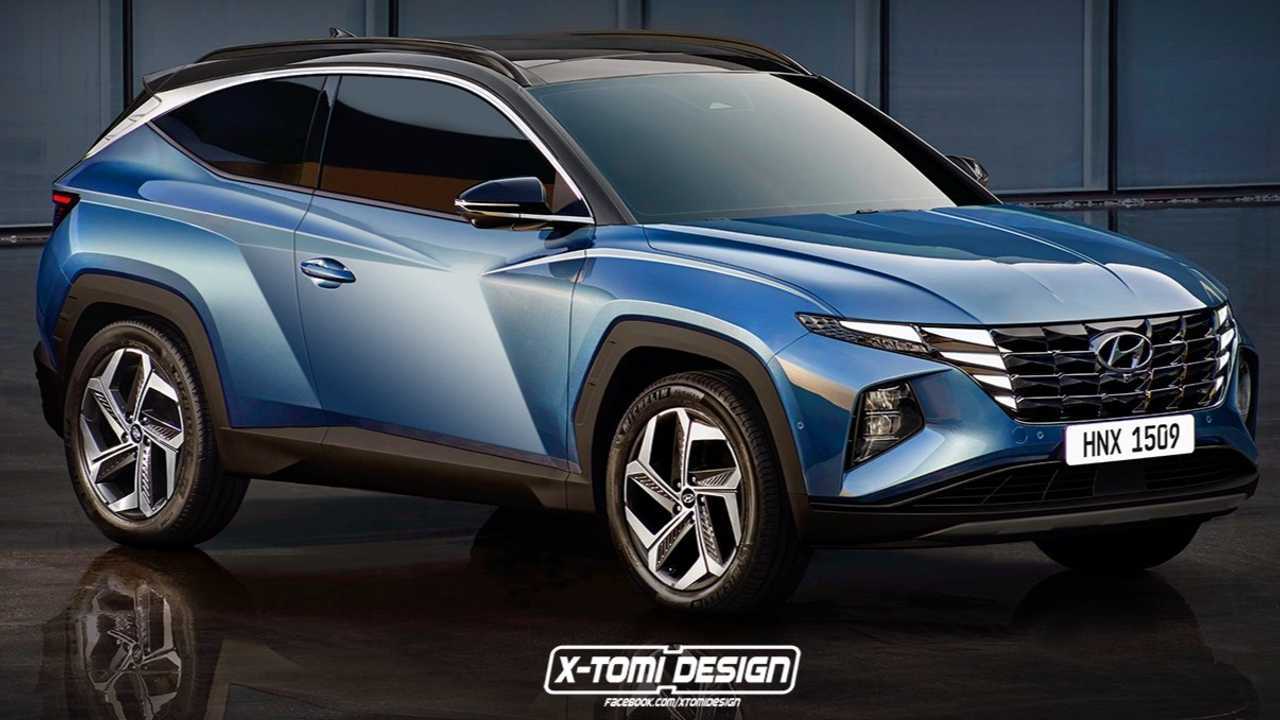 The 2022 Hyundai Tucson debuted in November as a radical reimagining of the brand's crossover. It has a striking appearance that includes a fresh take on hidden headlights by incorporating the running lamps into the styling of the grille. Now, rendering artist X-Tomi Design imagines how the model would look as a three-door, rather than the five-door body.

With the back doors gone, the styling for the rear fenders becomes a much more prominent part of the Tucson's shape. The sharp spear that runs along the side of the vehicle is now much closer to the similar point that comes from the front.

The roofline is also different. Since there no longer needs to be room for the rear doors, it can have a sleeker shape. The window behind the B-pillar is bigger, so there probably wouldn't be a major loss in outward visibility.

While this rendering looks great, there's no sign of Hyundai actually building a three-door version of the new Tucson. Crossovers with just two doors for passengers are fairly rare these days, outside of more rugged vehicles like the Jeep Wrangler and the upcoming Ford Bronco.

The 2022 Tucson arrives in the US in mid-2021. In addition to the attractive exterior, there's a handsome cabin. The available tech includes a digital instrument cluster on a tablet-like display and a wide infotainment screen on top of the center stack. The HVAC system uses capacitive buttons and has its own screen for showing things like the temperature and fan settings.

Check Out The New Tucson:

There will be lots of powertrain choices for the new Tucson. The base engine is a 2.5-liter inline four-cylinder with 187 horsepower (139 kilowatts) and 178 pound-feet (241 newton-meters). There's also a hybrid consisting of a turbocharged 1.6-liter inline-four and electric motor with an estimated combined output of 226 hp (169 kW) and 258 lb-ft (350 Nm). A PHEV version uses the turbocharged engine with a higher capacity battery and more powerful electric motor to make 261 hp (195 kW). Performance-focused buyers can get the Tucson N Line that might use the turbocharged 2.5-liter from the Sonata N Line that makes 290 hp (216 kW).