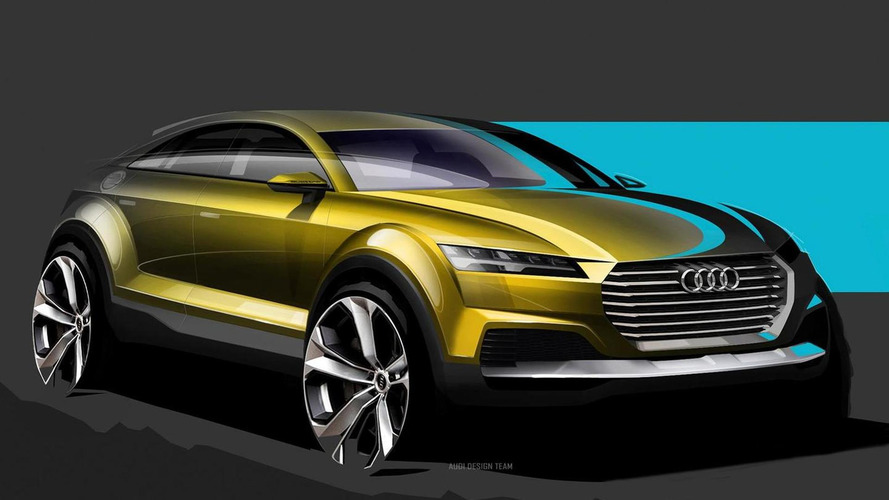 Audi has uploaded several design sketches of a crossover which will be unveiled later this month at the 2014 Beijing Motor Show.

Audi has uploaded several design sketches of a crossover which will be unveiled later this month at the 2014 Beijing Motor Show.

Details about the car are not available at this point but the photo caption says "Audi showcar Beijing 2014" so it will likely be unveiled on April 20 during the show's press day. Chances are these design sketches depict a concept which will serve as a preview for the Q4 crossover.

The car's design strongly resembles the allroad shooting brake concept showed back in January at NAIAS and indicates future Audi models will draw their styling cues from the recently unveiled third generation TT. The five-door concept features a large chromed front grille flanked by slender LED headlights and comes with large vents as well as a clamshell hood.

These design sketches also show a curved roof, prominent wheel arches hosting large alloys, while at the back there are two round exhaust pipes joined by a chromed bar with the "quattro" lettering. Inside the cabin there are four individual seats with the possibility of folding flat the rear ones to extend cargo area.

A press release should arrive in the following hours.