There won't be another Ultimate Series model until then.

Hypercars don’t follow the typical life cycle of a mainstream car as there’s usually a long wait between two generations. Case in point, a follow-up to the McLaren P1 won’t be introduced in the foreseeable future even though the mid-engined electrified machine was unveiled at the 2012 Paris Motor Show.

In an interview with Automotive News, McLaren’s CEO Mike Flewitt announced a spiritual successor to the P1 will be launched around the middle of the decade. The peeps from Woking are not going to come out with another Ultimate Series model until then, which means the Elva will remain the last Ultimate model for quite a while.

The fact we won’t be getting a new Ultimate Series vehicle for a few years comes somewhat of a surprise what with recent patent images of a new hypercar believed to be an Ultimate car. Reportedly called Sabre, the model in question is rumored to be a Senna-based hybrid offering a yet-to-be-confirmed 1,134 horsepower.

It's codenamed “BC-03” and has been spotted undergoing road testing in prototype form, so it’s safe to say McLaren has been working on it for quite a while. Perhaps the Sabre won’t be labeled as an Ultimate car, although an electrified Senna would certainly fit that bill. We haven’t heard any rumors about the model being canceled, so the Sabre’s future is a mystery at this point. 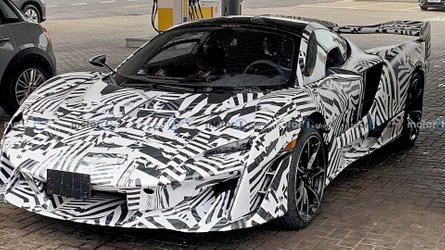 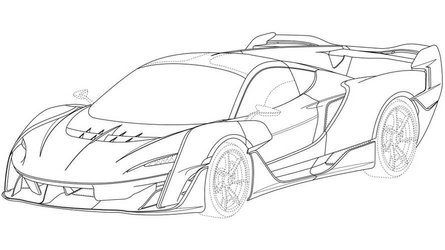 While Mike Flewitt did not mention the Sabre at all during the interview, he did admit the latest Ultimate car – the Elva – is a victim of bad timing. “We kind of launched it right in the middle of the pandemic, and we lost a lot of production capacity.” As you may recall, McLaren had to cut down production of the speedster not once, but twice, with the initial planned run of 399 units reduced to 249 and ultimately to just 199 at $1.7 million a pop.

McLaren’s CEO said the next Ultimate car will be out “near 2025 by the time that car comes to market.” Reading between the lines, it could mean an official reveal might take place sooner.