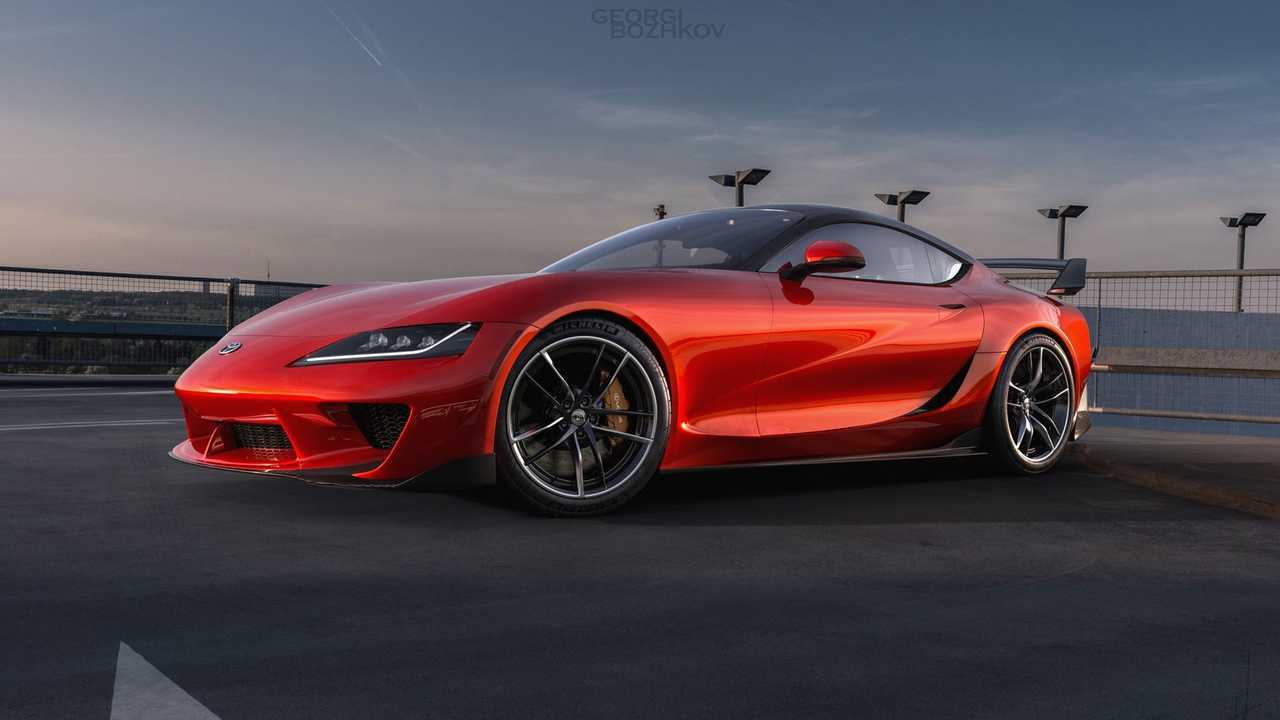 The homegrown Toyota Supra of your dreams is here.

Have you ever wondered what a modern Supra built entirely by Toyota would look like? Well to answer your question designer Georgi Bozhkov created the Toyota Supra rendering of your dreams using the Lexus LC as the starting point. The resulting car is the homegrown Supra of your dreams without the controversial involvement of BMW.

Car designer Georgi Bozhkov worked to reimagine the beautiful Lexus LC into an aggressive Toyota Supra successor of our dreams. His design retains similar proportions to the normal LC and still has the same long hood and short rear trunk area. Now instead of the massive Lexus grille upfront, there’s a rounded front end that’s more aggressive and is reminiscent of an A80 Supra. The tall rear wing and rear taillights are a perfect mix of A80 throwback while standing out as modern additions to an aggressive sports car.

The current A90 Toyota Supra is an impressive sports car built using help from BMW. With the huge amount of cost required to develop a sports car platform and drivetrain, Toyota turned to BMW to split development costs with their new Z4. Although this strategy allowed Toyota to build the new Supra affordably it created a great deal of controversy among the Supra faithful.

Manhart Adds GRRRR To The Toyota Supra, Now With 542 HP

Many customers wanted Toyota to build the Supra without outside interference resulting in a true Toyota product. Unfortunately, with current economic pressures, it is quite difficult to justify the cost of developing a low volume sports car like the Supra. Many critics of this strategy looked to platforms like the Lexus LC that Toyota could have used as the basis of the new Supra. Thanks to this rendering we now know what an LC-based Toyota Supra could have looked like.