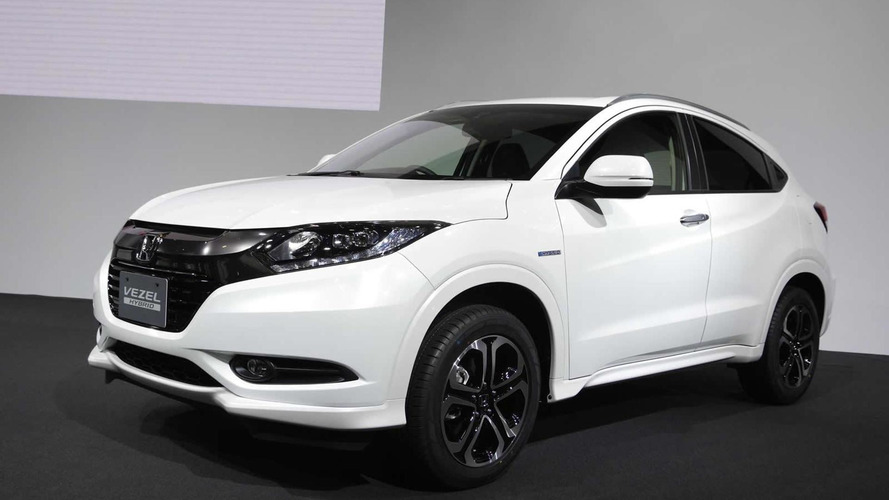 A new report indicates Honda will use the "HR-V" moniker in United States for its Fit-based crossover.

A new report indicates Honda will use the "HR-V" moniker in United States for its Fit-based crossover.

Honda's Urban SUV concept eventually became the Vezel crossover for Japan and now it seems the model is heading to the United States but with the HR-V name. The vehicle was reportedly shown to North American dealers at a recent meeting and Honda also filed an application for the "HR-V" name with the U.S. Patent and Trademark offices.

Production of the Honda HR-V will take place at the company's Celaya assembly plant in Mexico where they also produce the 2015 Fit upon which the HR-V is based on. The model will go on sale in the second half of the year while in 2015 it will be introduced in Europe possibly with the same HR-V designation. The JDM-spec Vezel has been on sale since November last year.