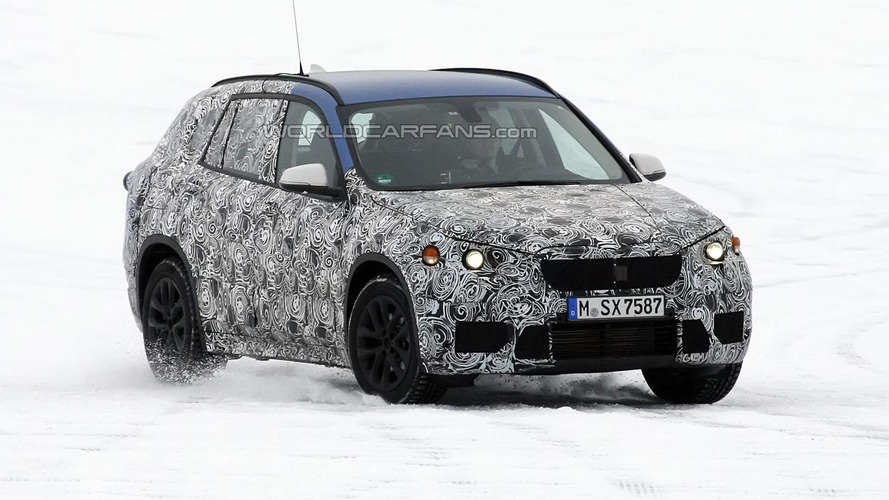 New details have emerged about the second generation BMW X1 scheduled to come out sometime next year.

New details have emerged about the second generation BMW X1 scheduled to come out sometime next year.

A reliable BMW insider has shed some light regarding BMW's upcoming entry-level crossover which will be unveiled online in the summer of 2015 before making a public debut a few months later at the Frankfurt Motor Show and going on sale early 2016. Production will take place in Leipzig, Germany as well as in Shenyang, China and at a new factory in Brazil. Naturally, the Chinese-spec X1 will also receive a long wheelbase variant for added rear legroom.

In terms of engine lineup, expect to find a three-cylinder taken most likely from the 2-Series Active Tourer and the new MINI. There will also be a very powerful four-cylinder delivering more than 300 PS (220 kW). A variety of gasoline and diesel engines will be offered together with a plug-in hybrid version wearing the "eDrive" badge.

Compared to the current generation, the new X1 is expected to offer considerably more leg room especially for those sitting in the back, while the dashboard will be a combination between the X5 and 2-Series Active Tourer.

Lastly, a BMW X2 is expected to come out one year later and will allegedly be offered both as a three- and five-door.