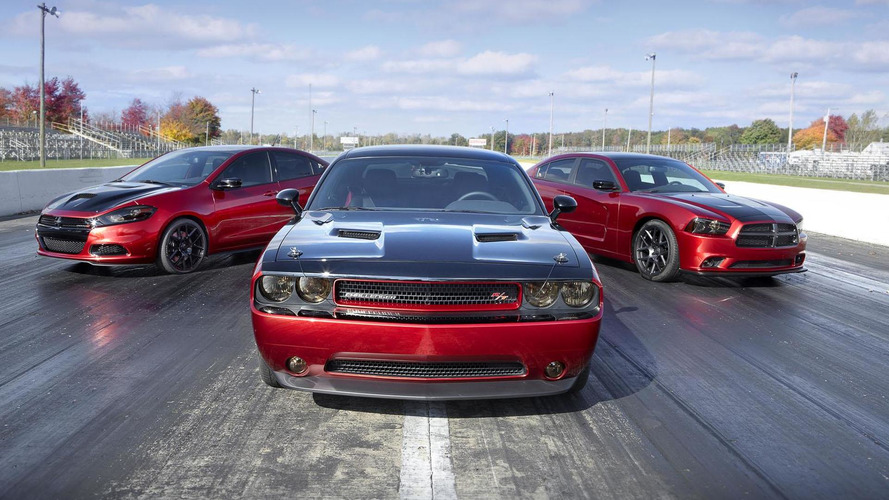 Following a preview at the 2013 SEMA Motor Show, Dodge has released the final specifications for the Scat Packages on the Charger and Challenger.

Following a preview at the 2013 SEMA Motor Show, Dodge has released the final specifications for the Scat packages on the Charger and Challenger.

Set to go on sale this spring, the Scat packages are designed to improve the performance of models equipped with the 5.7-liter HEMI V8 engine.

The Scat Pack 1 costs $2,195 and features a cold air intake, a cat-back exhaust, a low restriction oil filter and a Stage 1 ECU. Thanks to these modifications, the engine develops an additional 18 bhp (13 kW) and 18 lb-ft (24 Nm) of torque.

Last but not least, the Scat Pack 3 retails for $4,995 and has CNC ported cylinder heads, high-flow headers, performance catalysts and a Stage 3 ECU. While the package isn't necessarily cheap, it enables the engine to produce up to 58 bhp (43 kW) and 47 lb-ft (63 Nm) more than the stock motor.

The originally factory warranty will retain intact on 2014 Challengers and Chargers as long as the Scat Pack installation is preformed at an authorized dealer.

According to Mopar CEO Pietro Gorlier "The new Scat Pack kits reinforce our commitment to the performance arena." He went on to say, "By maintaining the vehicle warranty, we are demonstrating to customers our confidence in the kits, which were built to exactly complement the Dodge Challenger and Dodge Charger by working hand-in-hand with the engineers who use factory specs to create these vehicles — exclusive knowledge available only to Mopar.”