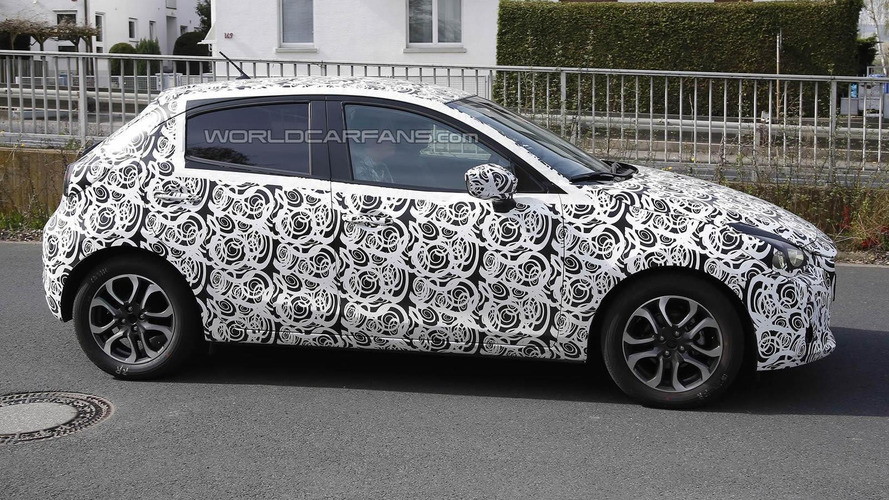 A prototype of the next-gen Mazda2 has been grabbed on camera for the very first time ahead of the model's expected 2015 market launch.

A prototype of the next-gen Mazda2 has been grabbed on camera for the very first time ahead of the model's expected 2015 market launch.

Mazda previewed the all-new "2" last month at the Geneva Motor Show with the very attractive Hazumi concept and now they are putting the finishing touches on the car which will reach showrooms probably early next year. Despite the full body camouflage this prototype is wearing, it's easy to notice the Japanese supermini will feature the firm's Kodo design language which should lead to one of the most appealing models in this segment.

One of the engines which will power the 2015 Mazda2 is going to be a newly developed SKYACTIV-D 1.5 turbodiesel Euro 6 compliant motor working with a 6-speed automatic gearbox that will slash CO2 emissions to under 90 g/km.

In terms of dimensions, we remind you the Hazumi concept was 4070mm long, 1730mm wide and 1450mm tall, with a 2585mm wheelbase and had 18-inch alloys but most definitely the production version will have smaller wheels.

Look for a Paris debut in October, ahead of a market availability late this year or early 2015.