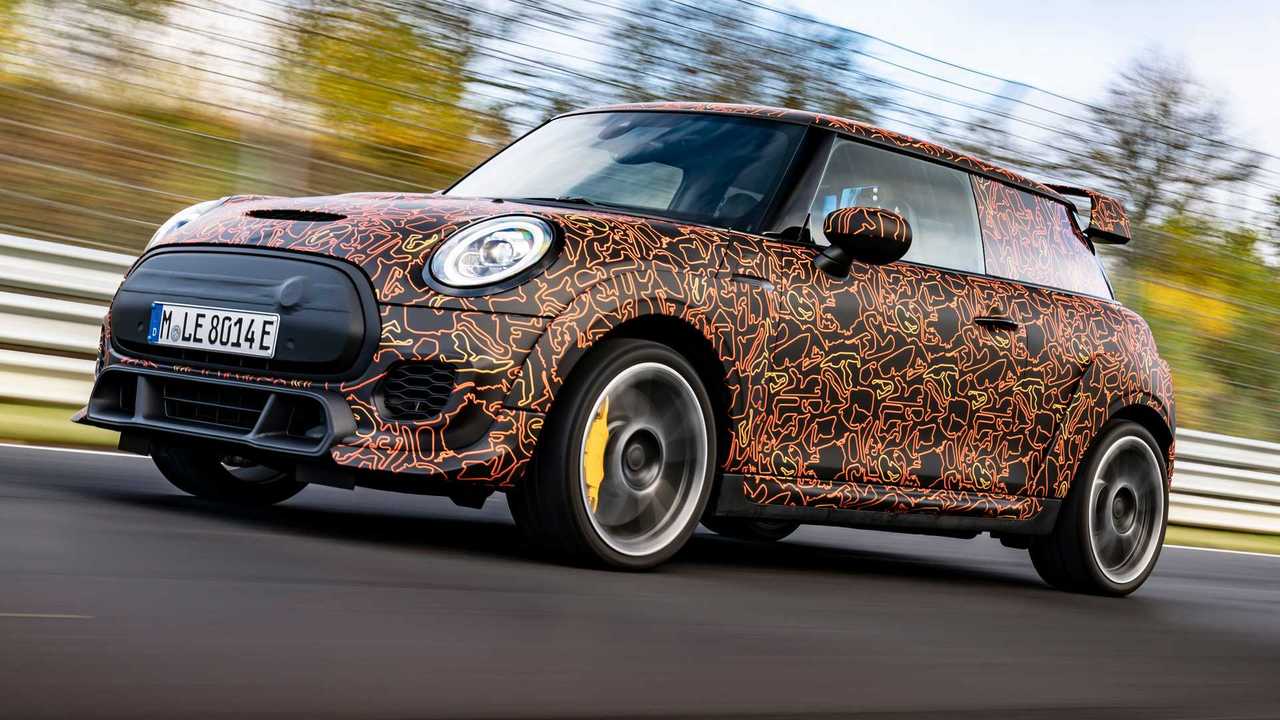 From rumor to confirmation in exactly one month. It was on November 2 when we first caught wind of Mini’s intentions to develop an electric John Cooper Works model before BMW teased it a couple of weeks later in an official video of the iNext SUV. Fast forward to December 2, the zero-emissions JCW is officially happening, and we have a comprehensive gallery showing a camouflaged prototype.

Mini isn’t willing to go into any details for the time being, only announcing the brand “is now preparing the next step in the development of electric John Cooper Works models.” The EV push won’t spell the end of the combustion engine as future gasoline JCW cars will continue to have an “important role to play,” which means Mini is willing to please both worlds.

The fully electric JCW prototype teased here may be wearing a camouflage showing layouts of tracks around the world, but it really isn’t hiding much. It looks exactly as you’d expect it to – a marriage between the conventionally powered JCW GP and the silent Cooper SE. It has the funky fenders and big rear spoiler of the traditional hot hatch, combined with the closed-off grille and exhaust delete of the eco-friendly model.

Mini is not the first to tease an electric little hatchback as Renault unveiled the Zoe E-Sport concept back in March 2017 as a pocket rocket with 460 horsepower and 472 pound-feet (640 Newton-meters) of torque. We’re not expecting the JCW Electric to be this extreme, but look for a healthy power bump over the Cooper SE.

As a refresher, the regular version of Mini’s first EV has 184 hp and 199 lb-ft (270 Nm) on tap, good for a 0-62 mph (0-100 km/h) run in 7.3 seconds and a top speed of 93 mph (150 km/h). Whether the JCW model will pack a more powerful single electric motor or add a second motor for a possible all-wheel-drive system remains to be seen. Regardless, it should be a real hoot when it comes out later this decade.

With the continuous advancements in battery tech the BMW Group is making, we’re hoping range will also be improved, even though the electric JCW will be more about performance than efficiency. The 32.6-kWh pack inside the Cooper SE lasts for only 110 miles (177 kilometers) per EPA, so it certainly has room to grow.

Mini To Increase Its EV Efforts: