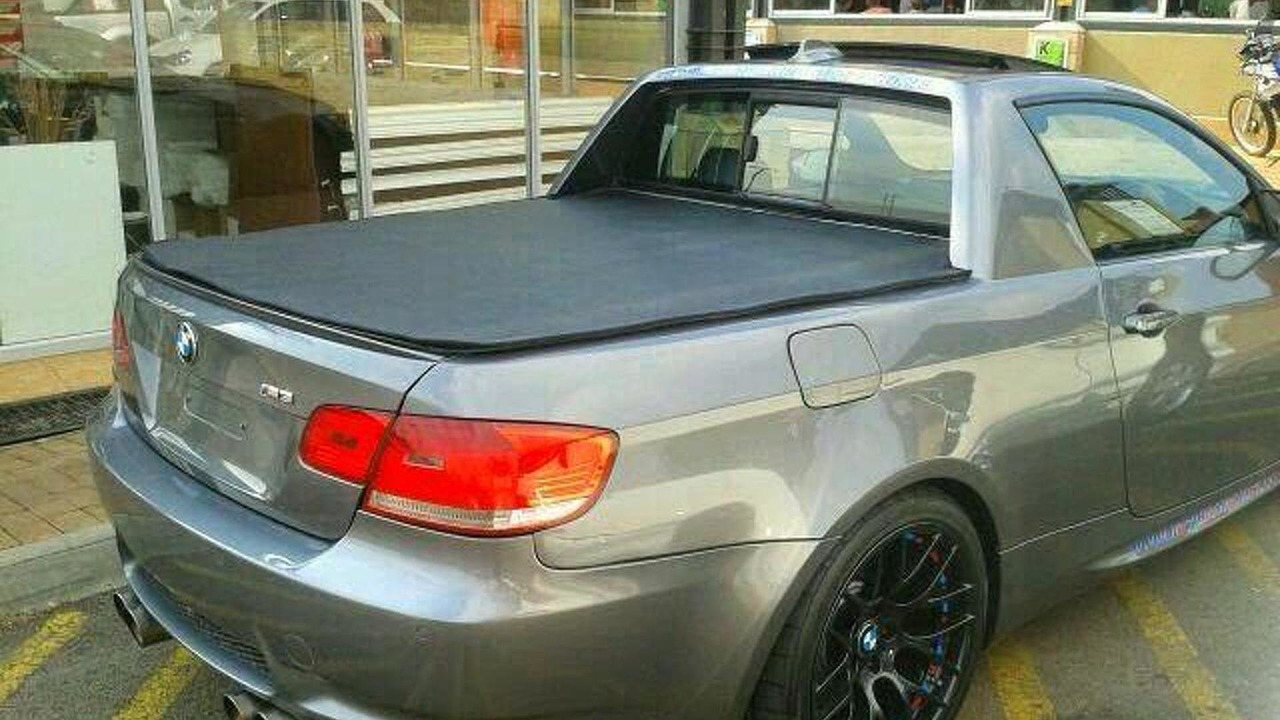 The owner of a BMW M3 decided to turn his high-performance coupe into a powerful pickup.

The owner of a BMW M3 decided to turn his high-performance coupe into a powerful pickup.

It was on April Fools' Day 2011 when BMW surprised everyone with a pickup conversion for the M3 that came with a 450 kg rear payload. It had the same drag coefficient and 186 mph (300 km/h) top speed as the coupe but obviously remained a one-off model.

Now, a similar car but this time created by an aftermarket specialist was spotted in Pretoria, South Africa. Although it wasn't done by BMW, the car appears to be put very well together and even received a sunroof, a black bed cover while possibly the central section of the rear window can be opened.