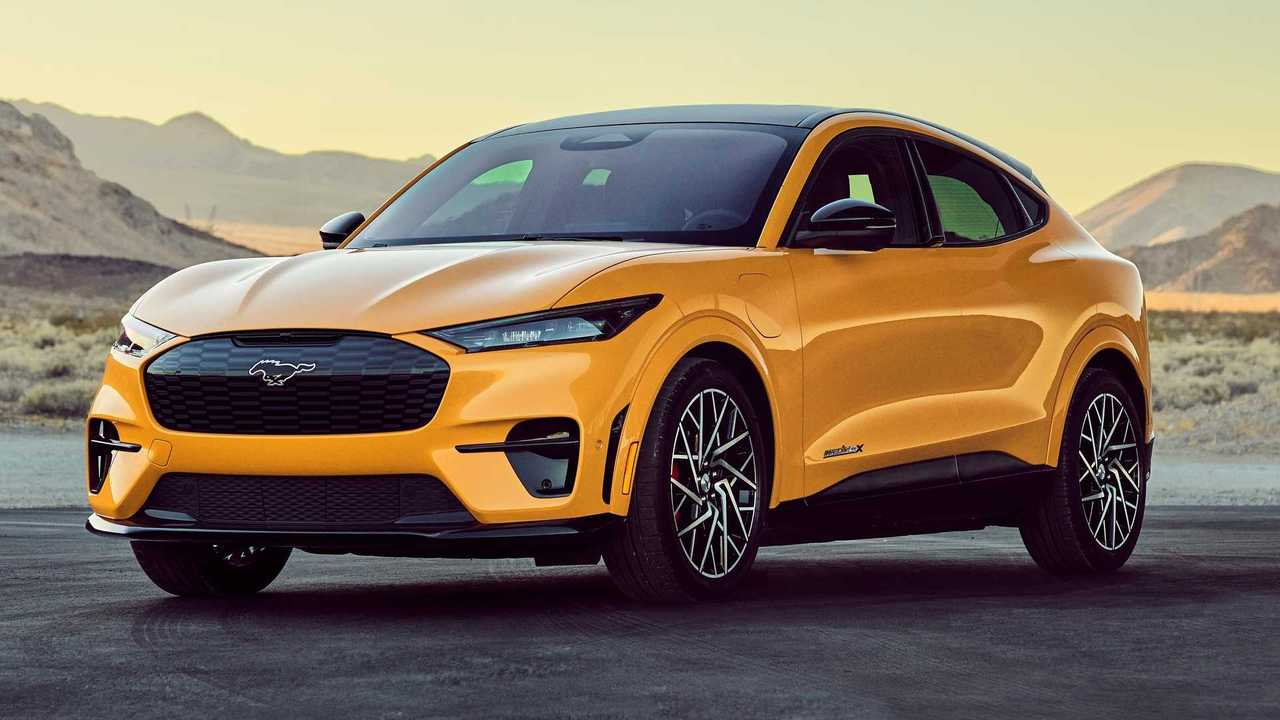 The Ford Mustang Mach-E GT Performance Edition takes the already performance-oriented trim of the brand's EV and makes it even spicier by cutting the sprint to 60 miles per hour (96 kilometers per hour) in an estimated 3.5 seconds, rather than 3.7 seconds for the standard GT. For comparison, a Ford Mustang Shelby GT500 needs 3.3 seconds to reach 60 mph.

The Mustang Mach-E GT Performance Edition makes 480 horsepower (358 kilowatts), which is the same as the regular GT. However, torque for this variant grows to 634 pound-feet (860 Newton-meters), rather than the usual 600 lb-ft (814 Nm).

The Performance Edition retains the GT's 88-kilowatt-hour battery. The extra torque causes Ford's EPA-estimated range to fall to 235 miles (378 kilometers) for this version, rather than an estimated 250 miles (402 kilometers) for a GT without it. For comparison, the variant of the Mach-E capable of the longest range can go 300 miles (483 kilometers) on a charge.

What To Expect From The Mach-E:

Ford Mustang Mach-E Gets A Competitive 300 Miles Of Range

Ford Mustang Mach-E: Range And Price Compared To Other EVs

In addition to the increased torque, the Performance Edition has 19-inch Brembo brake calipers in red. There are 20-inch wheels with an Ebony Black finish and machined face, and Pirelli summer tires wrap around them. The grille is in the color Carbonized Gray.

Inside, there are Ford Performance seats in gray ActiveX upholstery and metallic stitching with Miko perforated reflective inserts. There's also an aluminum appliqué on the instrument panel.

Anyone with a reservation for a Mach-E GT can specify the Performance Edition to their EV when Ford begins taking orders for them in Spring 2021. Deliveries don't begin until the late summer of 2021. The company isn't yet outlining the price for this optional equipment, but the GT trim starts at an estimated $60,500.