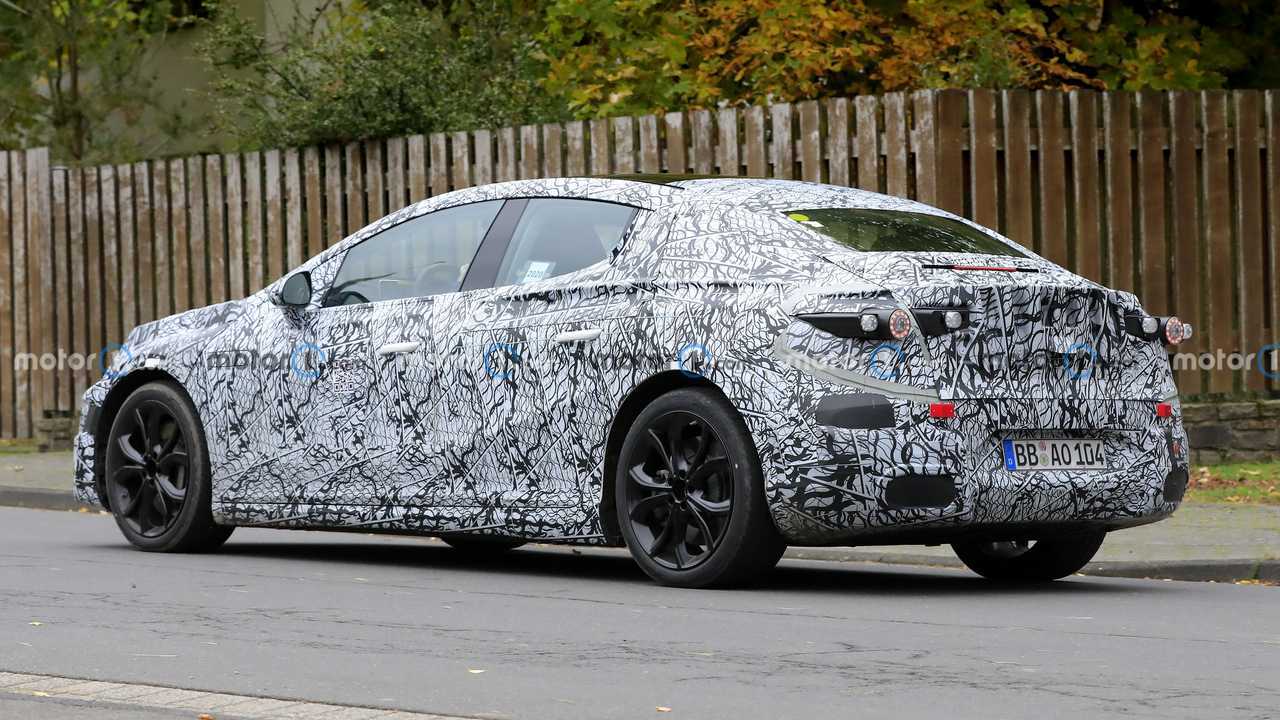 Work on the all-electric version of the Mercedes-Benz E-Class continues. These new spy photos of the EQE show a heavily camouflaged prototype testing on public roads in Germany. Unfortunately, disguise covers the entire car blocking our view of the important details.

Still, there are a few interesting things worth talking about. First, this is obviously the production body of the model and it’s taking the shape of a large and stylish liftback. The wheels are positioned very close to the car’s corners creating short overhangs and a long wheelbase.

Compared to previous prototypes of the EQE, this one lacks camouflage on the door handles. It’s surprising that Mercedes is using traditional handles and not pop-out ones like on the new S-Class. Perhaps the latter could be offered as an optional feature.

While the headlights appear to wear their final shape and size, the situation is different at the back. There, the production taillights are replaced with provisional clusters giving the prototype a road-legal status for testing on public roads. It seems that Mercedes is trying to fool the untrained onlookers that this is a combustion-powered vehicle judging by the exhaust-like black sections in the lower part of the rear bumper.

Mercedes EQE Spied In Motion Testing In The Snow

In fact, the EQE will be an all-electric sedan positioned below the flagship EQS. It’ll basically be an EV version of the E-Class but it will be based on an entirely new platform and will feature a different design language.

Recent trademark filings suggest Mercedes is preparing a few different versions of the EQE based on its performance and range. The EQE 43, EQE 53, and EQE 63 monikers filed with the European Union Intellectual Property Office hint at a potential zero-emission AMG-developed sports sedan joining the regular models.

See the 2022 Mercedes-Benz EQE and all of the other cars, trucks and SUVs in our list of upcoming future cars.