This isn’t just a badge, it’s a masterpiece.

Nowadays, the badge of a car often flies under the radar as not incredibly significant, but things used to be different. A long time ago in a galaxy far away, every vehicle had a tremendous hood ornament, ornate beyond measure. The automotive insignia has since lost its zeal until recently, as Mr JWW takes us behind the scenes of how Aston Martin creates its badges.

For the uninitiated, James (a.k.a Mr JWW) was fortunate enough to be able to design a special production run of the Aston Martin DBX SUV. As part of walking through the design process, he shows us the intricacies of what it takes to create a bespoke vehicle badge. Obviously, most customers won’t have this level of input, but it’s terrific to be able to go behind the curtains of the British automaker.

Along with many other goodies, the badges on this DBX are unique to the JWW spec. Made by the same artisans at Vaughtons that have made Aston badges since the beginning, these are much more than just a bit of metal that goes on your pride and joy. Each piece is made from an ingot of solid cooper, stamped under 350 tonnes (771,618 pounds) of pressure, torched to 800 degrees celsius, and polished to perfection.

While the profile of the badge is the same, almost everything else has been completely changed. To produce an almost steampunk aesthetic, these examples won’t be filled with any white and green enamel – as they normally are in the factory cars. After skipping paint, the raw copper badge is polished to produce a set of Aston Martin wings that’s never been seen before. 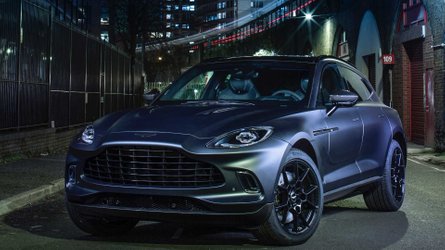 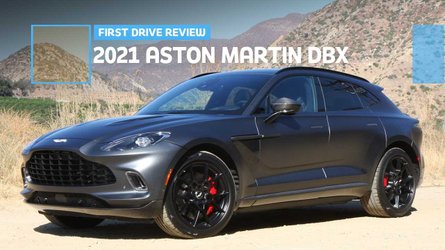 The special DBX collaboration with JWW will set you back £199,950 ($266,813) and will be supplied exclusively by HWM Aston Martin in Walton on the Thames, Surrey. The majority of cars will be built next year, but delivery dates will obviously depend on how quickly you put your name down. As a celebration of the British automaker’s foray into the SUV market, we’d say this gets the job done.