2015 Daihatsu Copen teased, will have a customizable body 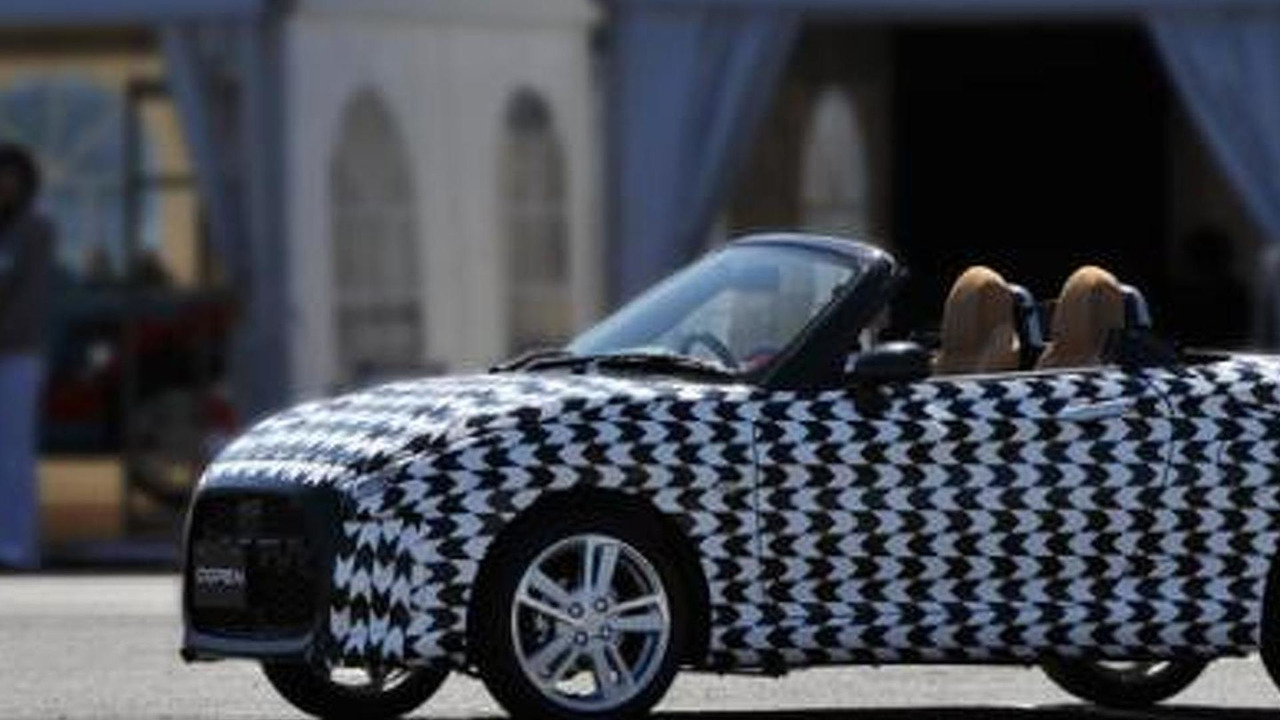 Daihatsu has released the first teaser images of the 2015 Copen.

Daihatsu has released the first teaser images of the 2015 Copen.

Previewed by a concept at the 2013 Tokyo Motor Show, the production model promises to be a lightweight sports car that is affordable and fun.

Power will be provided by a turbocharged 660cc engine that develops 64 HP (47 kW) and 92 Nm (68 lb-ft) of torque. It can be connected to a five-speed manual or an optional "seven-speed super active" CVT.

Speaking of specifications, the Copen will utilize a D-Frame skeletal structure that is three times stiffer than the chassis used on the original model. The roadster will also have greater torsional rigidity which promises to improve the handling and ride comfort.

Gallery: 2015 Daihatsu Copen teased, will have a customizable body