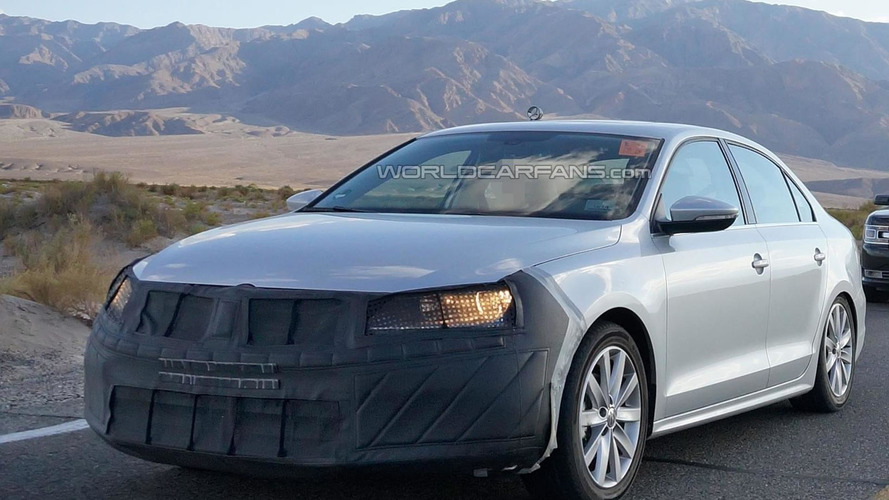 Volkswagen has quietly announced plans to introduce the 2015 Jetta at the New York Auto Show.

Volkswagen has quietly announced plans to introduce the 2015 Jetta at the New York Auto Show.

The company didn't have much to say about the model but confirmed the "new Jetta will feature a refreshed exterior, improved fuel economy and a host of new safety and technology features."

That's not much to go on but previous spy photos have shown we can expect a relatively minor facelift that focuses on sprucing up the front fascia.

Engine options will likely include the usual suspects but the company has already confirmed there will be a new 2.0-liter EA288 diesel that develops 150 bhp (111 kW) and 236 lb-ft (320 Nm) of torque.