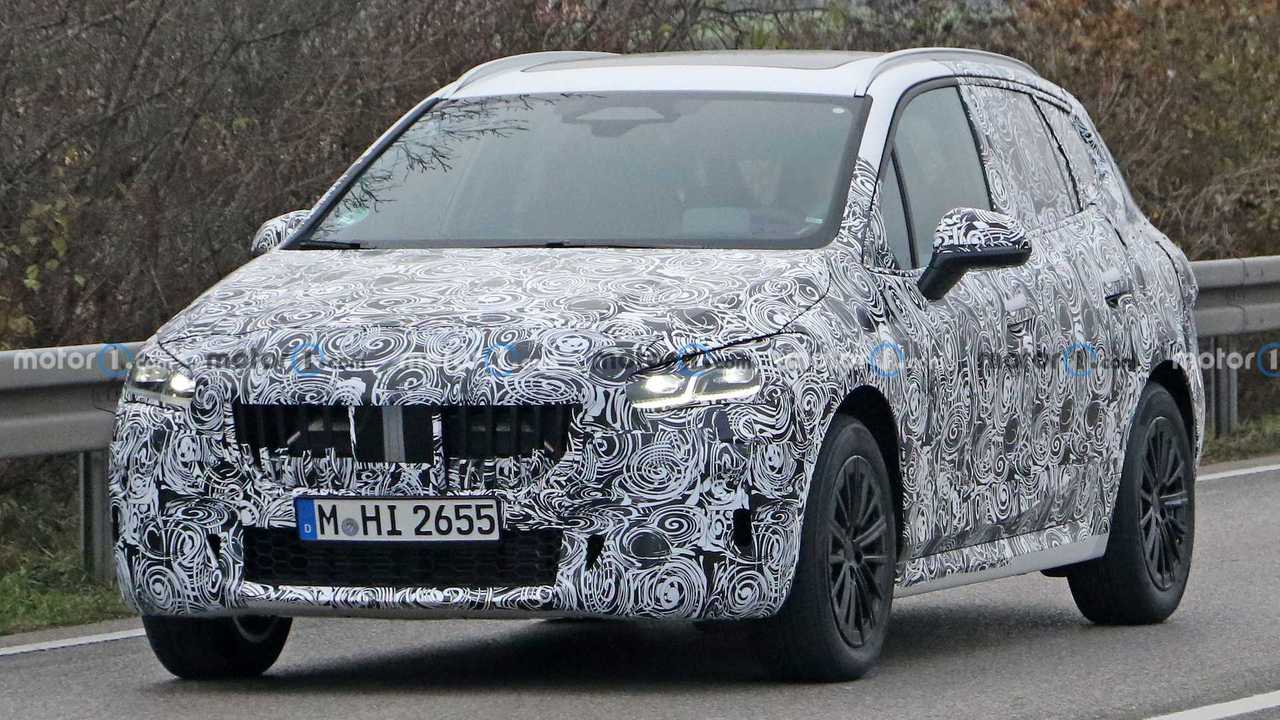 The 2 Series Active Tourer may not be the hottest car to come from BMW but it’s a strong seller for the brand in Europe. That’s why a new generation of the minivan is currently under development and new spy photos suggest the automaker is finally making some serious progress with the work.

We’ve seen the 2AT testing several times but this is the first time a prototype of the vehicle is wearing production lights. At the front, the headlights seem to be inspired by the latest 3 Series and 4 Series and the good news is the radiator grille has a relatively normal size. It’s definitely bigger than on the outgoing model but still significantly smaller than on the new M3/M4.

At the back, the overall layout seems very familiar but the new taillights with larger LED strips create the illusion of a wider car. The exact design of the bumper is not visible at this point but there might be some crossover-inspired tweaks to give the new Active Tourer a more robust appearance.

Previous spy photos have already confirmed BMW will modify the proportions of the car a bit and will give it many smaller changes for a sportier and cleaner overall stance. These include changes in the greenhouse, the location of the side mirrors, and even the rear wiper which now seems to be attached to the bottom of the rear window.

Based on the UKL platform, the new 2 Series Active Tourer will get the engine range of the 1 Series. This means a family of three-cylinder turbocharged gasoline and diesel units, as well as a plug-in hybrid powertrain, joining the family at a later date. According to some sources, the three-cylinder 1.5-liter diesel in the 216d could be discontinued.