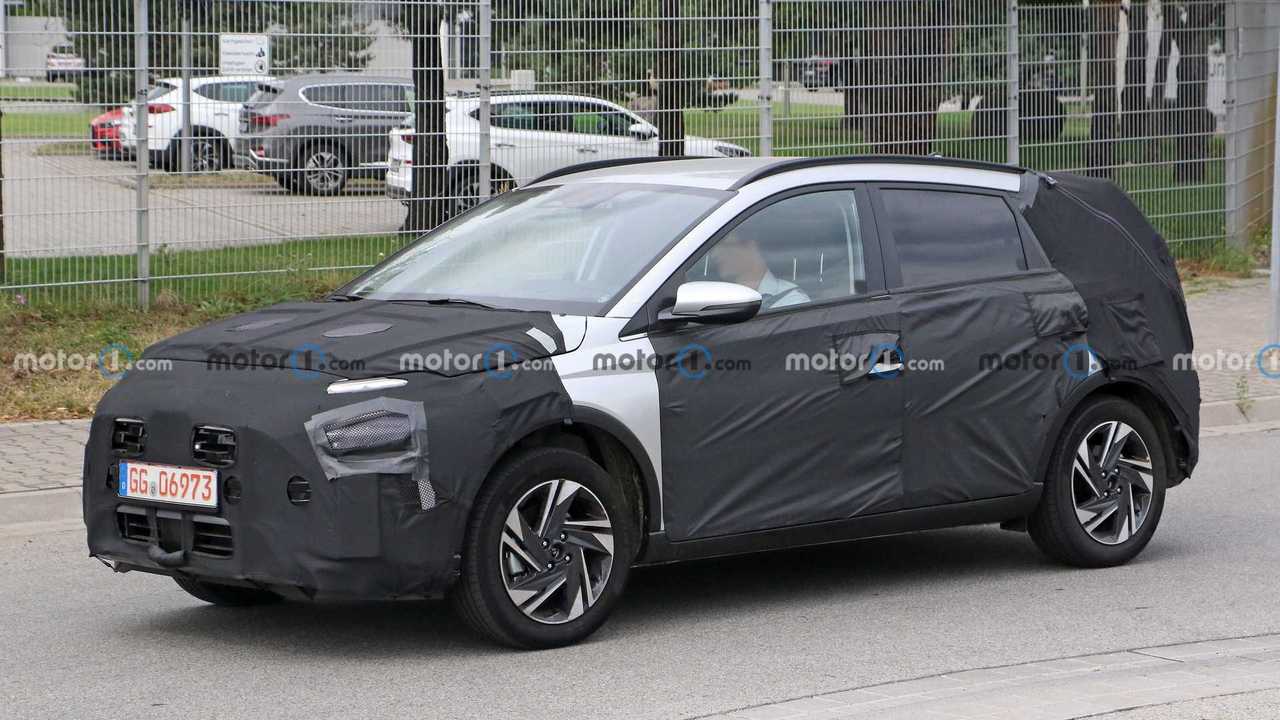 Smaller and cheaper than the Kona.

Just earlier today, Hyundai announced officially it will launch a brand new small crossover for the European market. Confirming rumors from about two years ago, the South Korean manufacturer revealed the name of the pint-sized utility will be Bayon. Now, just a few hours after that announcement, we have the first spy photos of that vehicle.

What you see in the attached gallery below is Hyundai’s new entry-level crossover for the Old continent. Think of it as the European brother of the Venue - it’ll slot below the Kona in the brand’s lineup in terms of dimensions and price.

At this point, we don’t see a lot. This is obviously a heavily camouflaged prototype that’s wearing a fake body panel at the back. It won’t fool anyone as this is not the final shape but under the disguise, we see the same boomerang-shaped taillights as the teaser from earlier today. The interior shots show a digital cluster and a tablet-style infotainment system.

The Bayon will be based on the platform of the Hyundai i20. It’ll sit a little higher and will share almost its entire technical base with the small hatch. This also includes the engines and we believe it’ll get only the more powerful 1.0-liter turbo. In the i20, it is available with a six-speed manual or a seven-speed dual-clutch automatic and we believe both options will carry over to the Bayon.

Hyundai Bayon Trademark Registered In Europe, But For What?

The new crossover can be best described as the spiritual successor of the i20 Active. Needless to say, it will most likely be available only in an FWD configuration as no one really needs an all-wheel drive in that affordable segment.

More should be unveiled soon as Hyundai promises to launch the Bayon in Europe during the first half of 2021. It’ll be priced below the Kona and will be a direct rival for the Ford EcoSport and the likes.