It sounds like it has a manual gearbox, too.

A video of a heavily camouflaged Cadillac CT5-V Blackwing offers a good chance to hear the raspy sound coming from the exhaust as the sport sedan speeds away from a traffic light. Plus, given the somewhat slow shifts, the clip's uploader on Instagram has the opinion that this one has a manual gearbox. We have to agree that the sound definitely fits with the car having a three-pedal layout.

The clip also offers an up-close look at the CT5-V Blackwing. Although, earlier spy shots and a video show the sedan with less camouflage. The body is generally similar to the standard CT5-V but with revisions like four, circular exhaust pipes and a spoiler on the tip of the trunk. The revised nose has additional inlets in the lower fascia.

Despite the Blackwing moniker that might initially suggest the use of Cadillac's twin-turbocharged V8, info suggests the sedan actually as a supercharged 6.2-liter V8. It might have the same 650 horsepower (485 kilowatts) as the Chevrolet Camaro ZL1. Buyers would have the choice of a six-speed manual that seems to be in the car in this video or a 10-speed automatic. Performance data isn't available yet, but an Easter egg hints at a top speed in excess of 200 miles per hour (322 kilometers per hour).

To give the CT5-V Blackwing even more impressive performance credentials, Cadillac is already confirming several details about the sedan. Buyers can get lightweight, forged magnesium wheels, which is a material we don't usually see automakers using for their factory-available pieces. For even more weight reduction, seats with carbon fiber backs are also available.

The Blackwing Is Ready To Take Flight: 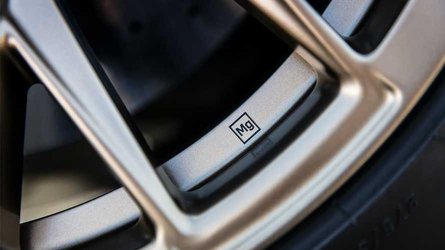 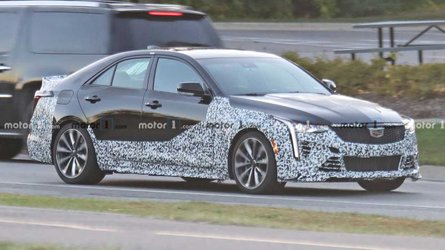 The CT5-V Blackwing should be available around the middle of next year as a 2022 model year product. The timeframe for the unveiling is a mystery, though. Cadillac is running out of time to show off the sport sedan in 2020, but it could still happen. If not, look for a debut in early 2021.