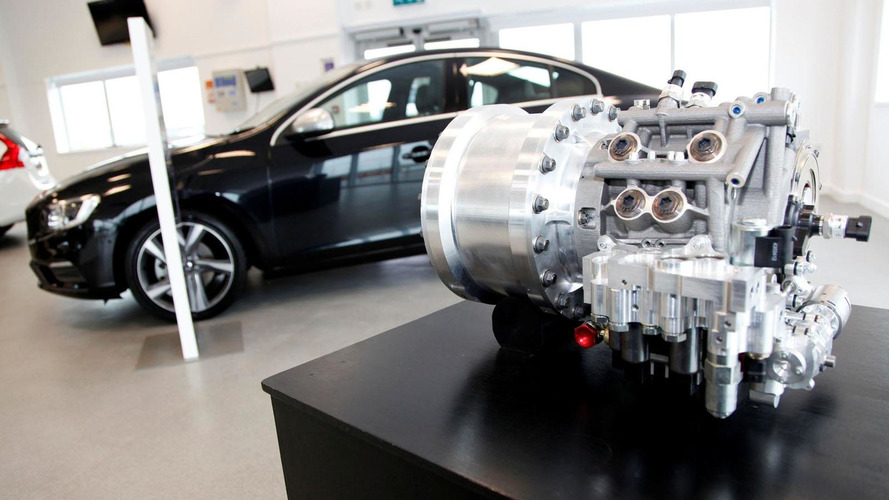 Volvo introduced their Flybrid KERS system nearly three years ago but the company has released some new details about the fuel saving technology.

Volvo introduced their Flybrid KERS system nearly three years ago but the company has released some new details about the fuel saving technology.

Currently undergoing testing in Sweden and the United Kingdom, the flywheel-based hybrid system can deliver an 80 bhp (59 kW) performance boost and fuel savings of up to 25 percent.

The system is currently being tested on an S60 prototype which has a five-cylinder T5 engine that develops 254 bhp (189 kW). Under braking, the kinetic energy is captured and used to spin a 6kg (13.2 lb) carbon fiber flywheel at up to 60,000 revolutions per minute. When the accelerator is pressed, the energy from the flywheel is transferred to the rear wheels via a specially designed transmission.

According to Derek Crabb, Volvo's Vice President Powertrain Engineering, "The flywheel's stored energy is sufficient to power the car for short periods. This has a major impact on fuel consumption. Our calculations indicate that it will be possible to turn off the combustion engine about half the time when driving according to the official New European Driving Cycle."

Besides saving fuel, the system enables the prototype to accelerate from 0-100 km/h about 1.5 seconds faster than the conventional model. The setup also gives the car a part-time four wheel drive system which helps to improve traction and stability under acceleration.