The Supercar Blondie is in Bologna, Italy. That’s not really newsworthy by itself but the reason why she is there is what caught our attention. The capital and largest city of the Emilia-Romagna region in Northern Italy hosted the vlogger’s first session with Lamborghini’s first-ever electrified production car.

It’s the Sian we are talking about - or, if we have to be more precise, the Sian FKP 37. In case you are wondering, the FKP 37 suffix is a nod to the late Volkswagen Group chairman Ferdinand Piëch. What better way to celebrate the life and career of a great business magnate, engineer, and executive than a hybrid supercar from Italy?

With just 63 examples of the Sian coupe planned for production, the car you see in the video at the top of this page is pretty rare. It’s the most powerful production Lamborghini ever made and that’s possible thanks to a naturally-aspirated V12 under the hood supported by a mild-hybrid system.

The 6.5-liter mill comes straight from the Aventador SVJ but the additional 34 horsepower (25 kilowatts) from the small electric motor result in a grand total of 819 hp (602 kW). The 0-62 miles per hour (0-100 kilometers per hour) acceleration takes just 2.8 seconds and the top speed is electronically limited at 217 mph (350 kph).

Production Of The Sian: 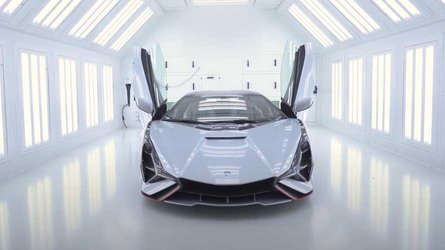 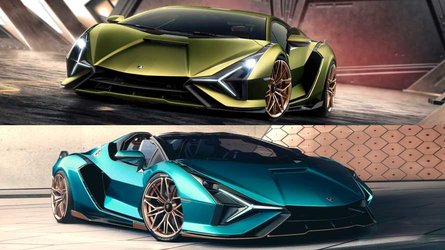 Lamborghini Built 19 Sian Roadsters And 63 Coupes For A Reason

This particular car wears the 00 of 67 production number. Obviously, this means that it’s the very first to roll off the assembly lines at Sant’Agata Bolognese and Lamborghini plans to never sell it. Instead, it’ll be used as a demonstration vehicle.

Oh, and did we mention the price? Each of the 63 examples for the general public costs at least $3.6 million and all of them have already been sold. There's also a roadster version that's even more expensive and exclusive.